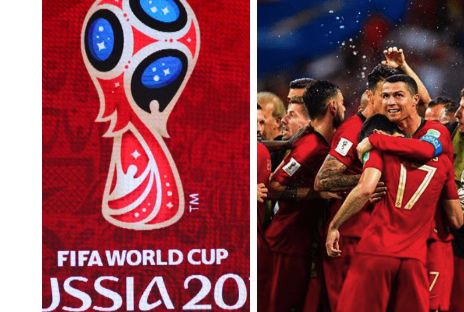 5 Footballers with the best Hairstyles at the Russia 2018 #WorldCup

One noticeable thing is that these stars have brought in their own lifestyle alongside their skills to showcase to the world.

No doubt, the World Cup have brought the best of players from around the globe to converge in Russia.One noticeable thing is that these stars have brought in their own lifestyle alongside their skills to showcase to the world.

The Portuguese attacker has been a player who pays attention on how he looks especially his hair style.The 33-year-old is rocking a buzzcut with one clean line as a parting and he is now growing beards on his chin.

In recent footballing history, Neymar has been one of the most fashionable and talked about footballers.

In Brazil’s 1-1 draw with Switzerland, the 26-year-old was rocking a clean shaved sides and a quiffed hair on top.

Messi will be more concerned about winning the World Cup after losing out to Germany in the last edition in 2014.

The Argentine captain is rocking a rugged look with his full beard and a clean gradual side cut.

The Manchester United star midfielder flew his stylist to Russia to help him get the looks he wanted for the showpiece.

The France international has a disconnected hairstyle with layered colored dyed hair when he featured against Australia.

The 27-year-old Atletico Madrid star player has always been known for his flashy looks and fashionable wears.

In Russia, the Frenchman has a clean shaved low cut making him look simple unlike the usual grudgy look with his long blonde locks and dark black roots he wears.