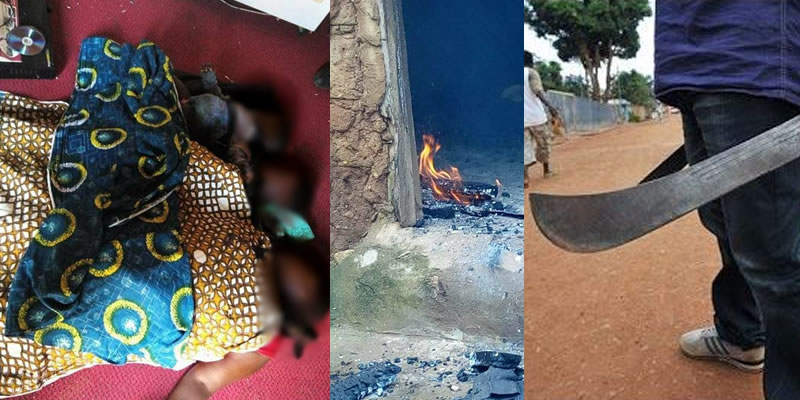 Several people were killed in Gashish and Ropp Districts of Plateau State on Sunday, during attacks that were carried out on about 11 communities by suspected Fulani herdsmen.

Over 100 men, women and children have been killed in an attack carried out by unknown gunmen in Riyom, Barkin Ladi and Jos South in Plateau state today June 24th.

Although there were rumours that some soldiers might be missing, the Commander of the Special Military Taskforce code-named Operation Safe Haven, Major-General Anthony Atolagbe, said, “it’s not true, no soldier died and no soldier is missing.”

The decision, according to the government, was to avert further breakdown of law and order.

A terse statement issued on Sunday by the Secretary to the State Government, Rufus Bature, said the movement was restricted from 6:00 pm to 6:00 am, except for those on essential duties.”

The attack was said to have been launched at Xland, Gindin Akwati, Ruku, Nghar, Kura Falls and Kakuruk all in Gashish District. The communities were completely sacked by the assailants, reports said.

Other areas affected by the attack included Rakok, Kok and Razat all in Ropp District.

The Chairman, Public Accounts and Petition Committee in Plateau State House of Assembly representing Barkin Ladi, Peter Gyendeng, in an interview with newsmen on Sunday, said the attack was “a declaration of war” on his constituency.

He claimed that “mercenaries” have been hired to come and kill people in Barkin Ladi LGA.

Gyendeng said, “As a matter of fact, the casualty rate is in hundreds; it is more than 100. In one place, it is above 51; in another, over 32 and yet in another area, it is same.

“For now, based on what we have on ground and the corpses that we have been receiving, it is probably over 200 casualties.

“Altogether, about 11 villages were attacked and our people are there now trying to ascertain the number of deaths. The casualty rate is above 200 and counting (of the corpses) is still going on.

“This is war, it is a declaration of war on my people. War has been declared on Barkin Ladi LGA completely.

“There are mercenaries that have been hired to come and kill people in Barkin Ladi LGA.

“The killing started around 11:00 pm last (Saturday) night till this (Sunday) morning. And the killing still continues.”

When contacted, the spokesperson of the Plateau State Police Command, Matthias Tyopev, an Assistant Superintendent of Police, confirmed the killings to our correspondent, saying, “11 corpses have been recovered and no arrest has been made.”

WARNING! Pictures from the scene are grraphic, see photos here.