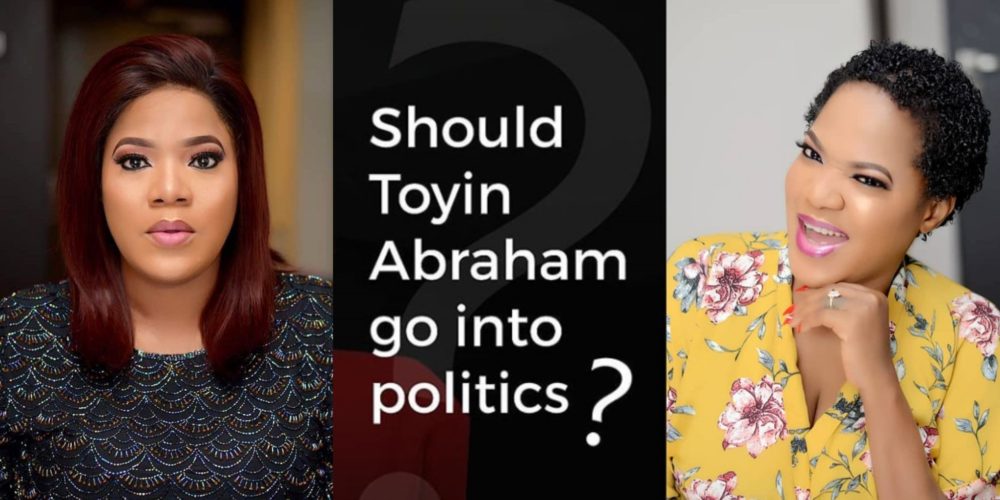 Veteran Nollywood actress Toyin Abraham seem to have plans to join politics. She took her plans to her instagram page for her fans to respond as she threw a question asking whether she should get involved in politics or not. Her fans reacts.

Just like many Nollywood actors who ventured into politics at a point in their career, beautiful actress Toyin seem to be interested in that path.


The thespian recently took to her Instagram page to seek the opinions of her fans, as she asked them if they would love her to join politics.

Many of the actress fans negated the idea as some told her that joining the path will distract her from her already booming career.

While some felt she won’t be good enough for such career and it’s better to stick to her acting as it is more profitable.

“Husbands can be annoying”, Toyin Abraham opens up on…