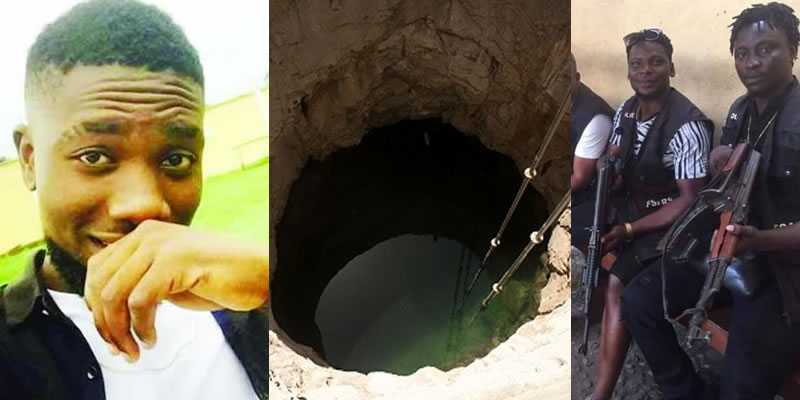 Saliu Haruna, a Business Administration student who is also in his final year of study at Ambrose Alli University, Ekpoma, Edo State, has been found dead inside an abandoned well.

Haruna was declared missing after he and other students were allegedly chased by operatives of the Special Anti-Robbery Squad attached to the Edo State Police Command.

According to PUNCH, it was learnt that the SARS team had invaded Haruna’s hostel on Friday, which led to the occupants fleeing in different directions.

Haruna who was reportedly washing his clothes took to his heel and could not be found after the trigger-happy policemen left.

It was gathered that he was subsequently declared missing when he was not found after some search parties were organised to look for him.

However, his dead body was found in the well on Monday by some students.

A student of the university, who spoke on condition of anonymity, said Haruna fell into the well while trying to avoid the policemen.

The student said, “Yes, Haruna was found dead last night (Monday). He was a 400-level student of Business Administration. He and other students were chased by the SARS operatives and as he was running, he fell into a well.

“The policemen came about four days ago and nobody saw him until Monday. By then he was dead.”

When contacted, the University’s Public Relations Officer, Mr Edward Aihevba, told one of our correspondents, that the institution has not confirmed the incident.

He said, “I have not received such information here. This is the first time I am getting anything of that nature.

“But between now (Tuesday) and tomorrow (Wednesday), I can confirm from the school’s chief security officer, dean of students affairs or any member of staff to find out if it is true.”

When contacted, the Police Public Relations Officer, Mr Chidi Nwabuzor, said he had yet to be briefed about the incident.