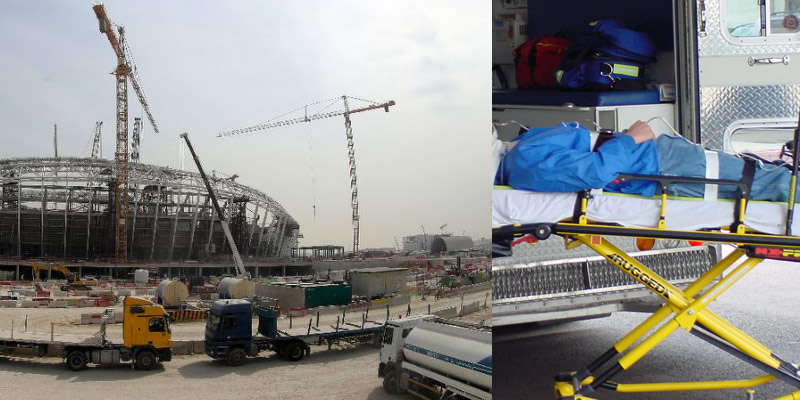 Labourer killed in Stadium under construction for 2022 World Cup

A 23-year-old Nepalese World Cup labourer in Qatar died Tuesday while working on one of the venues for the 2022 tournament, officials in Doha announced in a statement.

“His next of kin has been informed and the relevant Qatari and Nepali authorities have been notified,” said the committee in a statement posted on its website.

“An investigation has been launched and further details about the incident will be released in due course.”

It added that it “shares its deepest condolences with the family at this time”.

No further details about the incident were given.

Al Wakrah is one of the eight venues proposed for the controversial Qatar World Cup in four years’ time and was designed by renowned architect Zaha Hadid.

Anil Kumar Pasman, 29, lost his life after being struck by a lorry in October 2016 at the venue.

Tuesday’s tragedy is thought to be the first reported death at a Qatar World Cup venue since British construction worker Zac Cox plunged to his death at the Khalifa International Stadium in January 2017.

A subsequent inquest by a British coroner accused managers of providing the 40-year-old with sub-standard equipment and said the working environment was “downright dangerous”.

Qatari World Cup officials and European construction companies at Khalifa were also criticised for the lack of information provided to Cox’s family.

Qatar’s World Cup has long been dogged by allegations of mistreatment of workers, with one union claiming 1,200 people had been killed working on projects for the 2022 tournament, a claim denied by officials in Doha.