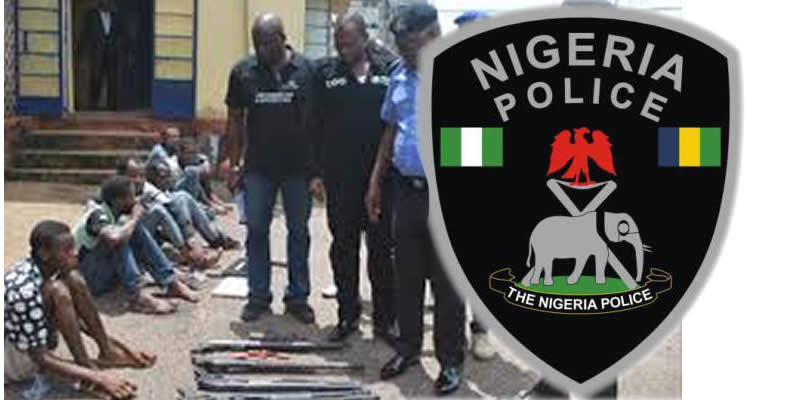 The Kwara State Police Command has arrested 13 suspected Badoo members in Ilorin, the state capital. The suspects include two ladies.

Some members of the cult group had allegedly clashed with vigilantes in the state capital. The police said the suspected leader of the group is on the run while those in custody would be charged to court this week. It was gathered that the suspects are mainly students of Ilorin extraction.

The hoodlums were said to have organised a prayer and hired the vigilantes to watch them during the event.

But a member of the group in the area claimed they were on a peace mission to settle the fight among the boys when they came under attack.

A source in the area said: “The event started well but it got to a point when no one could understand the message being passed by those boys. They all wore white T-shirts with Badoo inscribed on them.”

It added: “To disperse the crowd, the Badoo boys shot sporadically into the air. Just as the vigilantes were trying to calm the situation, the boys shot at the security men. However, to the surprise of everyone, the vigilantes kept deflecting the bullets.”

The suspects were reportedly transferred to the State Criminal Investigation and Intelligent Department (SCIID) at the police headquarters.

It was gathered that during interrogation, the suspects allegedly confessed to being members of the Badooconfraternity and gave the identity of their leader in the state, who is said to be on the run.

Police spokesman Ajayi Okasanmi, a Deputy Superintendent of Police (DSP), said residents of Isale Jagun did not lodge a formal complaint on the existence of the confraternity until the incident. He said: “It was when the situation got out of control they called the police to their rescue.

“Our patrol team swung into action and made some arrests. Many more arrests are being made in connection with the matter. Based on the strength of information we got, the suspects wore T-shirts with Badoo inscription.

READ: Suspected thief who pretends to be mad, caught while stealing in Abia (photos)

“We have heard and seen what members of the confraternity did in Lagos. Badoo boys attack. We don’t want such horrible attacks in our state. The police will do everything to chase them out of the state.”