According to Madrid’s public prosecutor, the alleged irregularities were linked to the use of foreign firms to handle the earnings of his image rights.

By Ngere Davies On Sep 11, 2018
Share FacebookTwitterWhatsAppReddItPinterestEmailLinkedin
Real Madrid defender, Marcelo, has accepted a four-month suspended prison sentence and will pay £670,000, after reaching an agreement for tax fraud.

Marcelo joins the likes of Jose Mourinho and Alexis Sanchez in being accused of defrauding Spanish tax authorities last year.

According to Madrid’s public prosecutor, the alleged irregularities were linked to the use of foreign firms to handle the earnings of his image rights. 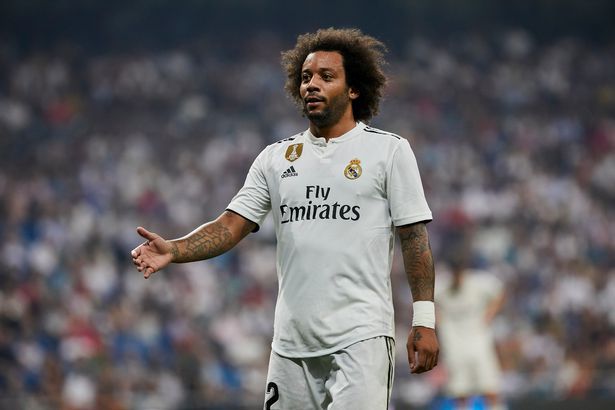 In the complaint, the public prosecutor said the Brazilian defender had used the tax structure seeking an “illegal fiscal benefit”.

El Mundo reports that Marcelo has negotiated a shorter than expected sentence, with his fine amounting to only 40% of the amount he was accused of defrauding.

It’s claimed Marcelo admitted his guilt and confessed that he loaned his image rights to an Uruguayan firm called ‘Birsen Trade S.A.’, a shell company which “lacks the human and material resources to perform its functions.”