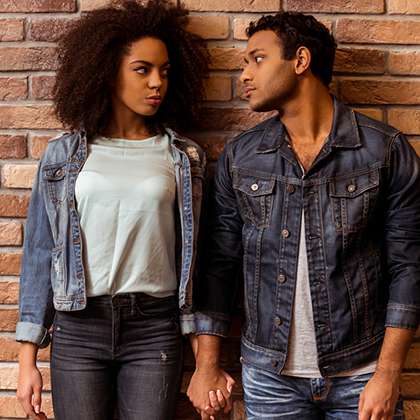 Every good woman deserves a honest man who doesn’t have to be probed to disclose information about himself.

It’s OK to not tell your woman some few things if you do not feel like it; at the same time there are some secrets you dare not keep from her if you hope to hold on to the relationship for long.

Secrets and hidden things are never favourable to a relationship; which explains why open and honest communication remains a master key to unlocking newer, higher levels of trust and commitment in relationships and marriages.

Every woman wants a honest man who does not have to be probed to disclose information about himself and his affairs, especially on important, consequential issues that have direct impact on the continued existence of the relationship.

And for the woman who herself has no secrets hidden from her man, this is not too much to ask.

No woman likes a secret-keeping partner.

So if you are a husband or boyfriend  who values his relationship with his girlfriend or wife, here are three secrets you should not hide from her:

Such is the situation in the dating setting of 2018 Nigeria that this is a major issue.

Social media stories and call-outs attest to the multiplicity of dubious men and relationships built on well-structured lies and hidden agendas.

One hears so much about men who have wives abroad but lock unsuspecting girlfriends down in relationships spanning years and years of well-played lies and secrets.

In some lesser disastrous instances, men have crazy exes with whom they no longer have anything and have categorically broken up with and excommunicated. But of course, the ex being the nut job that she is, she still sees herself as the main chick and constantly threatens every other girl the man tries to start a new relationship with.

If you are a guy and find yourself in a situation like this or a similar one, it is only logical that you let a babe know what she’s getting into.

This is not a secret to keep. It’s not one of the things that are better left unsaid.

If she hurts you, you need to tell her so she can change and fix what she did wrong.