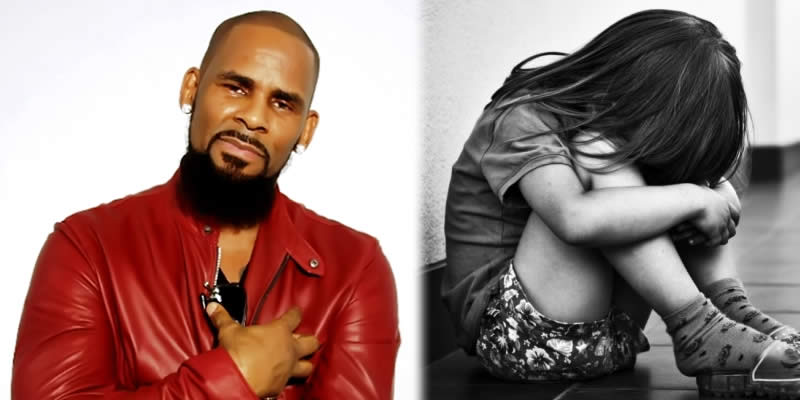 R&B superstar R Kelly, who has been accused in the past of being a paedophile is now being accused again by his own brother of impregnating his 14 year old cousin.

Below is how MTO is reporting it;

In a recent interview, R Kelly’s brother claims that the singer paid family members to come and clean his home. Carey Kelly claims that one such person was a 14 year old COUSIN .

According to R Kelly’s bro, the singer would take her in his room and close the door. Carey claims that he later found out that R Kelly was having s*x with this cousin and she later had a child. Carey believes that the child is R Kelly’s, even though no DNA test was taken.

R. Kelly says he is likely diabetic, begs to be freed from jail

R. Kelly’s bid for jail release due to Coronavirus pandemic is…

“You give people chances to change before you put their business out there, before you actually say ‘enough it enough.’ Things happen in people’s lives to the point where you feel like it’s a wake-up call and now they get a chance to right their wrongs,” Carey said referencing the 1993 death of their mother, Joanne Kelly, and Aaliyah’s death in 2001.

Carey claims that his brother “became worse” after losing his mother and Aaliyah, and being acquitted in a 2008 child pornography case. The siblings apparently got into a physical fight at one point, after Carey allegedly confronted R. Kelly about going after little girls. “I wasn’t condoning [his behavior],” Carey maintained, noting that he believed that R. Kelly was “trying to get some help.”

Listen to the accusation below…

Another Interesting story; Diamond Platnumz slams his babymama, Hamisa, after voice note of her allegedly planning with a witch doctor to bewitch him and his mother leaks (video)