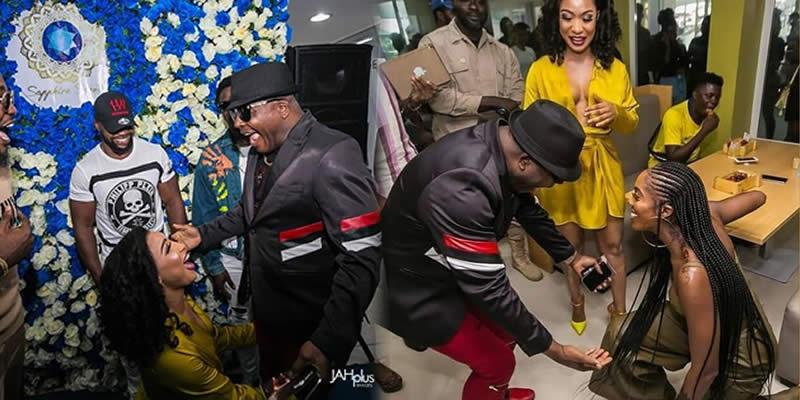 Singer, Tiwa Savage was spotted with Tonto Dikeh, on their knees trying to respectfully greet music legend, Sir Shina Peter at the launch of perfume brand, Sapphire Scents and the unveiling of Cee-C as their latest brand ambassador.

The event took place over the weekend at Lenox mall in Lagos yesterday.

Shina offered a prevailing fusion of juju, Afro-Beat, and strong Fuji-style percussion, and people eagerly identified with it. Shinamania”  as he was popularly called was awarded Juju Musician of the Year. And his follow-up album complemented the Fuji drumming, but was widely condemned in Nigeria and eventually his fame died down.

And also , you may like to read this story too?; I’m not perfect, but I’m working on it – Singer Simi gets emotional one year after first album release