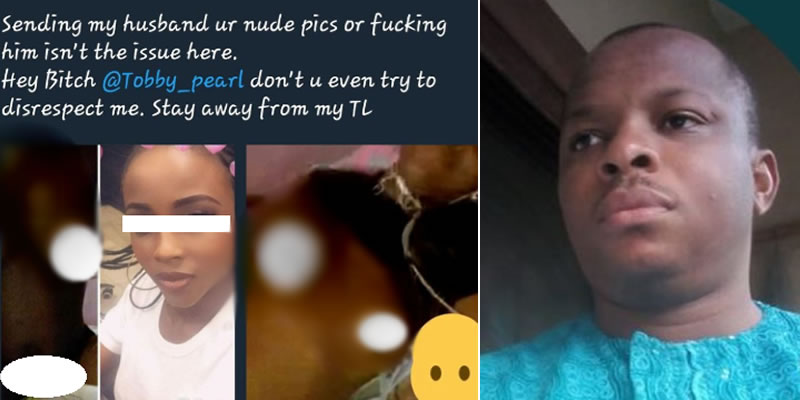 The names Olori Ajoke and Tobby Pearl are trending on Twitter after the women fought dirty and nudes were released.

Apparently, Tobby Pearl was having relations with Olori Ajoke’s husband and even sent him nudes. Same Tobby had said in the past that she “doesn’t do married men”.

Olori Ajoke was aware of the affair between her husband and Tobby but kept quiet about it until Tobby came to her tweets to begin dropping subliminal tweets.

But the real women’s men be dating all the girls. Let me just kpim.

This angered Olori Ajoke, who just had a baby, and she released the nudes Tobby sent to her husband. She also revealed that her husband has been made to pay the price for his infidelity and she doesn’t owe him her loyalty anymore. She added that the only people she owes loyalty to are the people who are loyal to her.

Meanwhile, an old tweet shared by Tobby has been released in which she said that if she were ever in a situation where a man’s wife releases her nudes, she will continue with the relationship since everything is out there already.

Social media users have reacted to the online spat as can be seen in screenshots below. 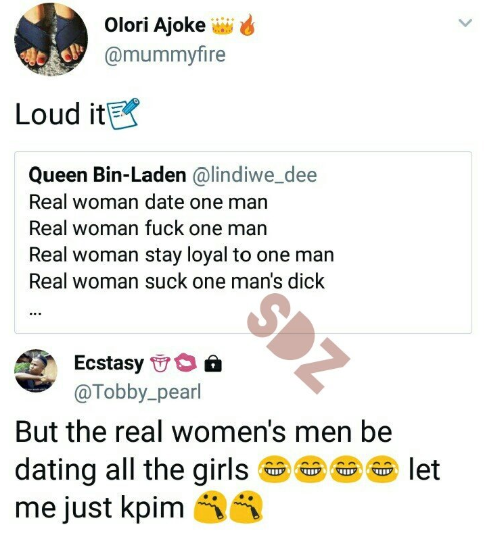 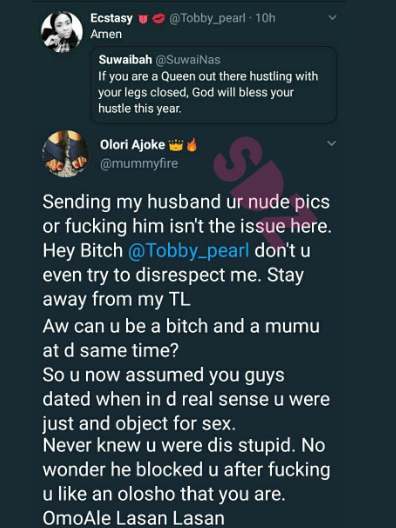 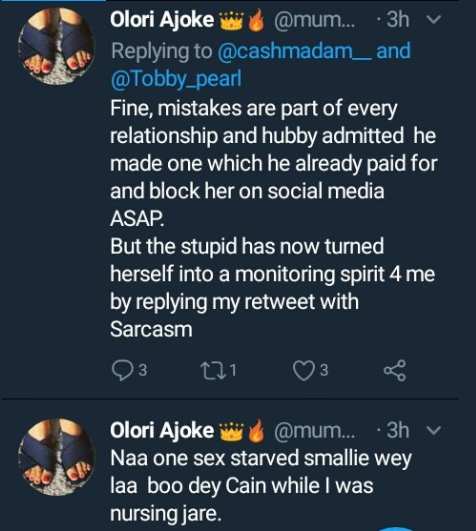 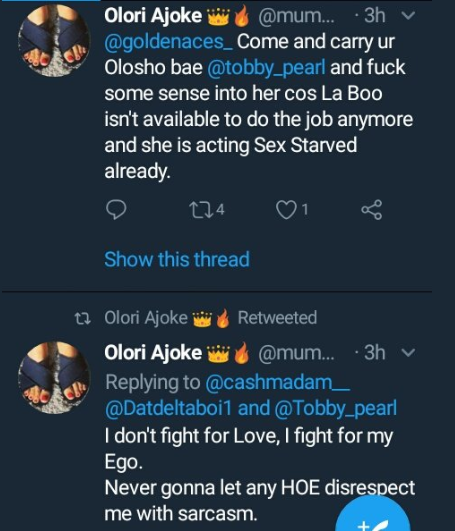 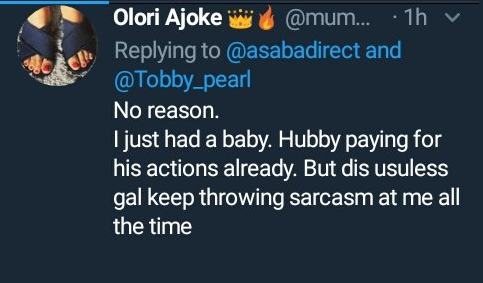 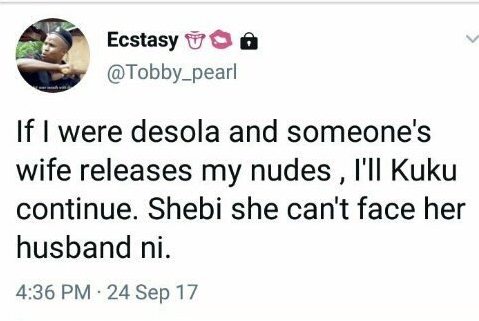 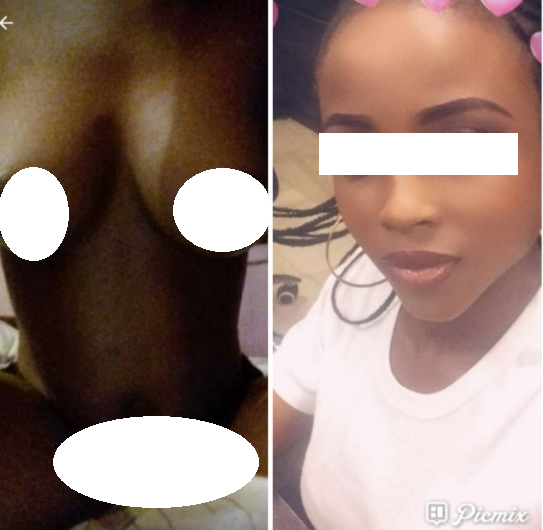 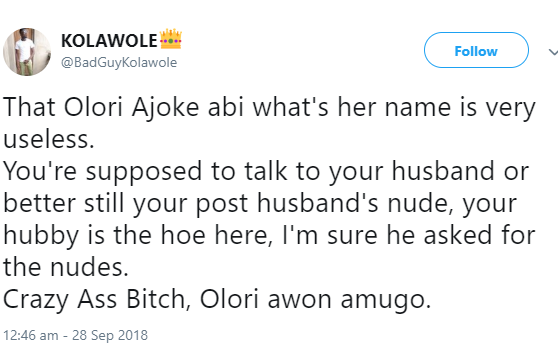 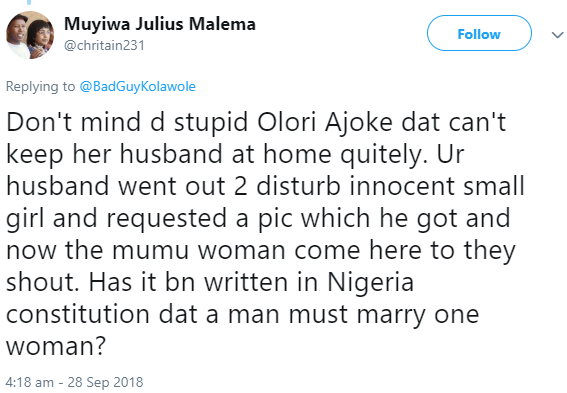 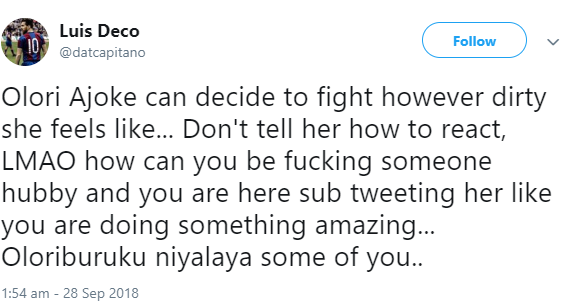