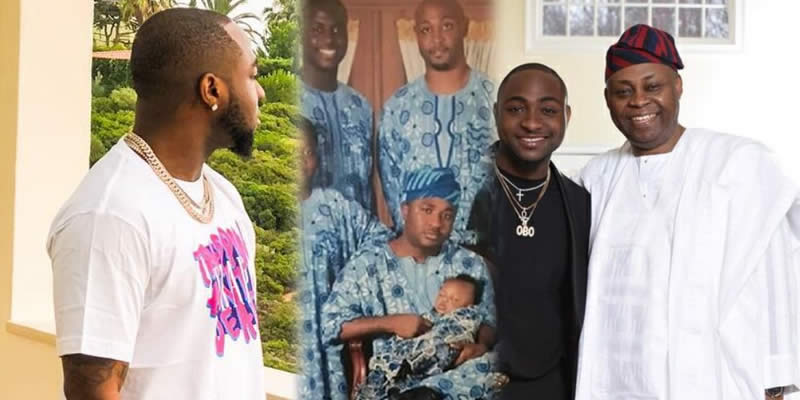 Adorable throwback photo of Davido before the fame surface online
Before the fame, the money and the kids, Nigerian music superstar, David Adeleke was once a young innocent boy with big dreams.

Popularly known by his stage name, Davido, the singer has risen to be one of the most sort after artistes to ever come out of Africa.

Asides his music and love for expensive jewelry, Davido is big on family. The Nwa Baby crooner who is a father of two beautiful daughters, belongs to the family of the prominent Adeleke political clan who were know to have ruled in the state of Osun for a very long time.

Recently, an old photo of David together with his brothers, surfaced on the internet and it has left many people marveled at the singer’s journey from being the son of a rich man to building his own wealth as an entertainer.

From a cute little boy who looked unassuming to a music superstar with international recognition, indeed the power of determination can get you places!

Meanwhile, the singer’s relationship with his chef girlfriend, Chioma Rowland, is still going strong and a rumour of the couple settling down have since circulated the internet. Another related story; Davido’s management reacts to rumors of being a member of Black Axe cult

Coronavirus is number one, Olamide says as he eulogizes the deadly virus