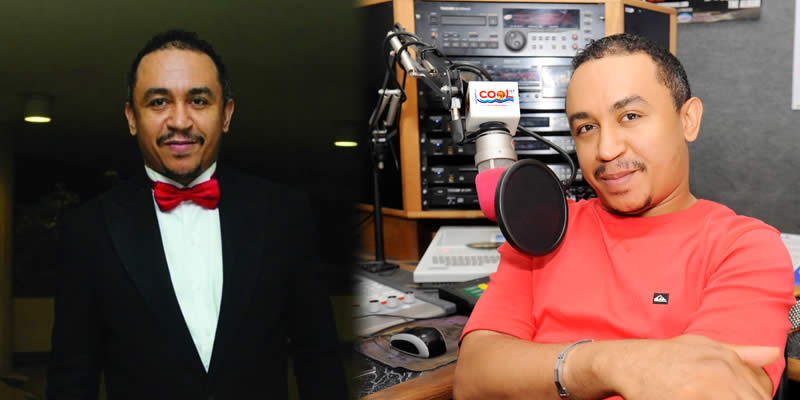 Indeed, standing in the minority and fighting for a cause you believe in is never an easy task. Nigerian OAP, Daddy Freeze knows a lot about these things following his recent revelation. According to him, things have not easy for him, career wise.

Nigerian media personality, Daddy Freeze, has taken to social media to reveal some of the challenges he has had to face since he started the Free The Sheeple movement. According to him, the pastors which he has at some point criticized, have fought him on every realm

He revealed that they have frustrated his source of income, making it easy for him to get MC jobs

He stated that the men of God which he has criticized since he stared the #Freethesheeple movement and the campaign against paying tithes, have fought him ‘on every realm’. He revealed that they did not only get him fired, but had their members blacklist him. He revealed that getting MC jobs have become increasingly difficult.

Sharing quotes from a Nigerian pastor based abroad, he wrote: “Back to back truths by my egbon @yomi_kasali. I had to call him the other day while he was in the US to show my concern, because from my experience with these people who stop at nothing if you dare speak out against the lies many of them are telling, you are in for a lot.

They fought me on every realm, not spiritually though, they fought me by calling their members in agencies and companies and blacklisting me! They work like a mafia, nothing spiritual, just a bunch of cutpurses. I lost every business client, I used to MC a minimum of 2 and a maximum of 5 events monthly and I used to charge more than a million Naira per event. I haven’t MCed in 2 years.

Coronavirus: Daddy Freeze attacks pastors for not tackling the virus,…

READ: The Major reason you have not been successful is because of your low IQ – Twitter user blast Jaywon

They went as far as trying to get me sacked from work so I can be without much of a ‘crown’ and ‘frozen’. All I do now is teach the Bible from home online and in my weakness his great strength prevails. My egbon, I pray that the river of truth that is flowing from your mouth, NEVER ceases and in the weakness of whatever persecution may come, God’s strength in you will prevail! ~FRZ#FreeTheSheeple”

Interesting!. Another interesting story; “People Assume I’m A Bad Girl Because Of My Sexiness”- Daniella Okeke

I’m the luckiest Dad in the world, says Mikel Obi as he celebrates his Twin Daughters’ birthday (Photo)

Tonto Dikeh accuses ex husband of being bisexual, Daddy Freeze reveals why it may be…