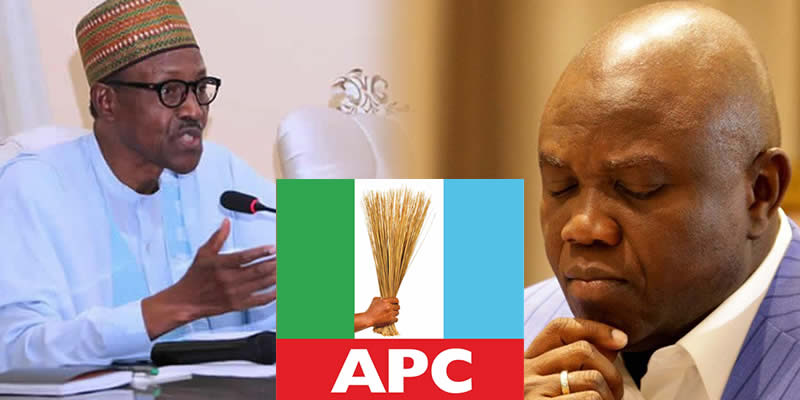 President Buhari has congratulated winners of All Progressives Congress (APC) primaries across the country, urging losers to demonstrate sportsmanship by accepting the outcomes without bitterness or resentment.

“In every competition, someone has to win and someone has to lose, but those who lost should not abandon the party or lose their enthusiasm for the advancement of the party,” the President said.

President Buhari advised Nigerian politicians to learn from several aspirants like Governor Akinwunmi Ambode of Lagos State “who despite his loss didn’t abandon APC for another party because he was angry over the outcome of the gubernatorial primaries.’’

The President said that: “the larger interest of our party is greater than our individual ambitions, and we should therefore work together for its success, despite our losses. In politics, we shouldn’t lose hope permanently because tomorrow could present another opportunity for us to contest again and win.’’

He advised the losers of the primaries “to always put the party first because we are in it together to serve the country, and I am always proud of our members who demonstrate sportsmanship and a good party spirit.”

President Buhari also enjoined the winners “to show grace in victory instead of mocking the losers, as such action is capable of destroying party unity and cohesion. The tent is large enough for us.”

He added that “those elected should see their positions as a public trust instead of abusing their mandates to amass personal wealth at the expense of the ordinary voters who voted them into power.’

Related to this; APC Primary: What Dele Momodu said about Ambode conceding defeat