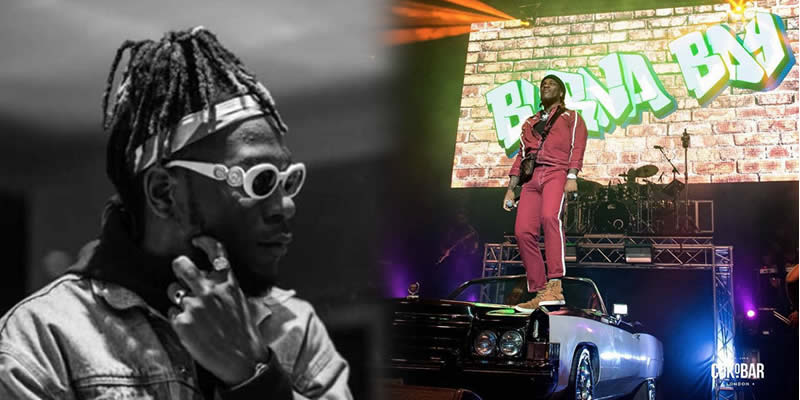 Last night in London, Nigerian Afrofusion Superstar, Burna Boy held gave his UK fans who turned out for his ‘Life on the Outside’ tour a night they will relish for a long time as he delivered an exhilarating experience at his soldout concert at the over 4, 900 capacity 02 Brixton Academy.

The fans at the venue instantly knew they were in for a night of great musical and on-point stagecraft as the man of the night made a grand entrance, riding into the stage in a Cadillac convertible, sending the crowd into a frenzy. 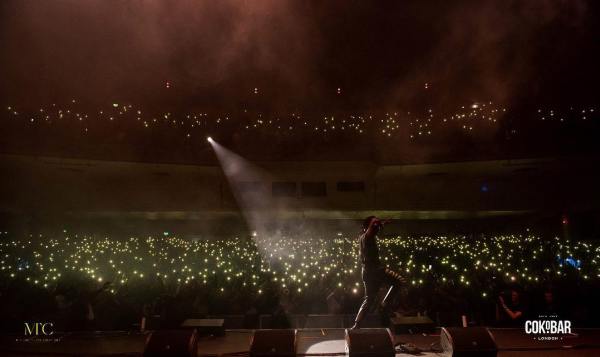 Straight into the show, Burna kicked off his first set with ‘Heavens’ Gate’, the lead single from his Outside album which set the tone for the night before going on to perform both old and new songs like ‘Giddem’, and other hits from his different projects like ‘Sekkle Down’ and ‘Devil in California’.

Returning for his second set, the singer and songwriter kicked off with his latest single, ‘Gbona’ which the fans sang along to his astonishment. He also performed the hit singles ‘Halleluya’ and ‘Pree Me’ before closing the second set with his 2012 breakout single, ‘Like To Party’.

READ: 9 Nigerian musicians who are changing the sound of music worldwide

The moment London people almost made Burna Boy cry at his O2 Academy Concert. See how the crowd just “collected” the song from him.

It was indeed a euphoric atmosphere for all who attended the concert as Burna Boy once again showed why he is one of the most highly rated artistes of his generation with his unmatched artistry.

You will like this fun filled videos; Video: 6 embarrassing times Nigerian celebrities fell down on stage – They wish it never happened