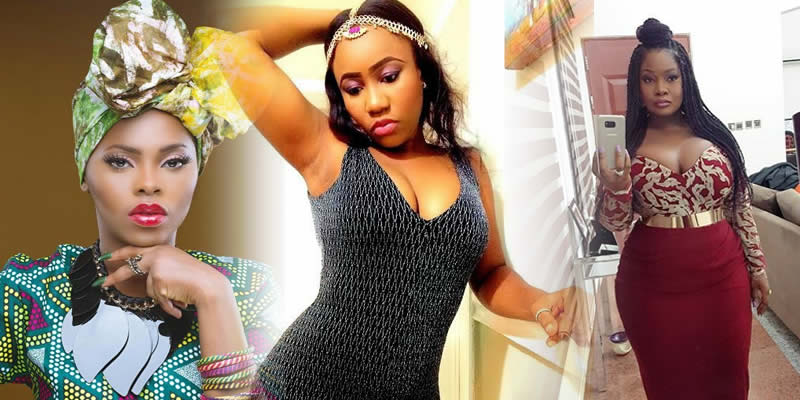 5 Female Nigerian Celebrities Who Have Claimed They Are Virgins (Photo)

Yup! That headline beats me just as it beats you too! Hard to believe right?! Female celebrities who are virgins… Hmph! It sparks every iota of skepticism and you cannot but wonder who these celebrities are!

Well, we wouldn’t say we know them personally and can tell if they really are.., but thanks to past interviews and previous reports, we’ve been able to come up with a list of female celebrities who have at some point in their career claimed not to have ever been with a man before. (This is according to them, not us!)

Nigerian pop singer, Adokiye in an interview spoke about not being in a relationship and when she was asked about getting intimate with the opposite sex, she said:

“Haba, what is a young girl getting laid for, I’m still a virgin”

She had at the time also caused a social media storm by offering her virginity to Islamic militants Boko Haram in exchange for the return of hundreds of kidknapped schoolgirls.

However, the musician and actress from the country’s Imo State, who is also a UN Ambassador of Peace, took the protest to the next extreme.

“It is just unfair. They are too young. I wish I could offer myself in exchange,” she told Nigerian publication Vanguard.

“They are between 12 and 15 year old girls for Christ sake. I am older and more experienced. Even if 10 to 12 men have to take me every night, I don’t care. Just release these girls and let them go back to their parents.”