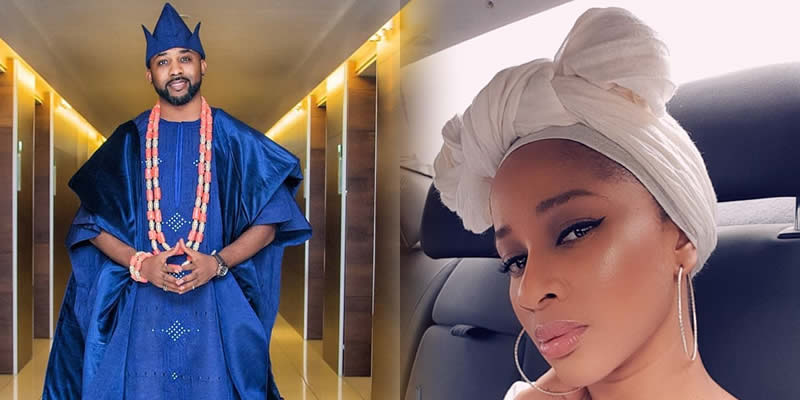 A particular fan of Adesua who is named @rassonist has taken to showing his intense love and admiration for Adesua Etomi, the beautiful actress and wife to Banky W.

He was prompted to do this when he saw a picture of the lady which she posted on her page. The image showed her in a floral attire and a scarf wound to her head.

Adesua who shoot the image as a cover for a magazine credited the photo to the photographer who took it. The beauty of the image attracted @rassonist to make a comment.

The person who was supposedly a guy said that he was going to marry her in his next life. These words brought Banky W to the page. He took to replying @rassonit’s words.

Banky W, in a witty way, said that Adesua was already taken even in the next life.This pithy talk mirrored just how the musician and actor loves his wife.

This is coming after Meghan Markle who also got married to her sweetheart Prince Harry recently was confirmed pregnant by the royal house.

While the world is expecting yet another royal baby from one of the universe’s favourite sweethearts, Banky W and his wife are serving us couple goals. Indeed, love cannot be any more beautiful. You may also like to read; Stunning new photos of Adesua Etomi prove she is a fashion queen