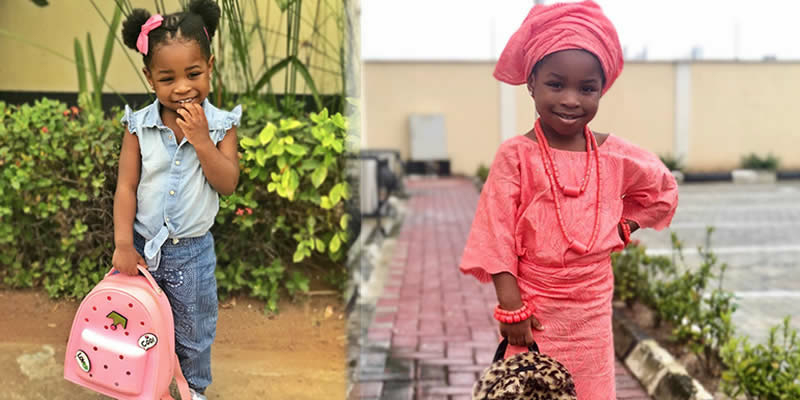 The lovely girl who is three years old is the product of the relationship between the popular musician and Sophia Momodu, the cousin to the owner of the Ovation magazine, Dele Momodu.

Imade who has been depicted as a smart kid is usually seen living her best life and wearing cute attires that bespoke her beauty and fame. 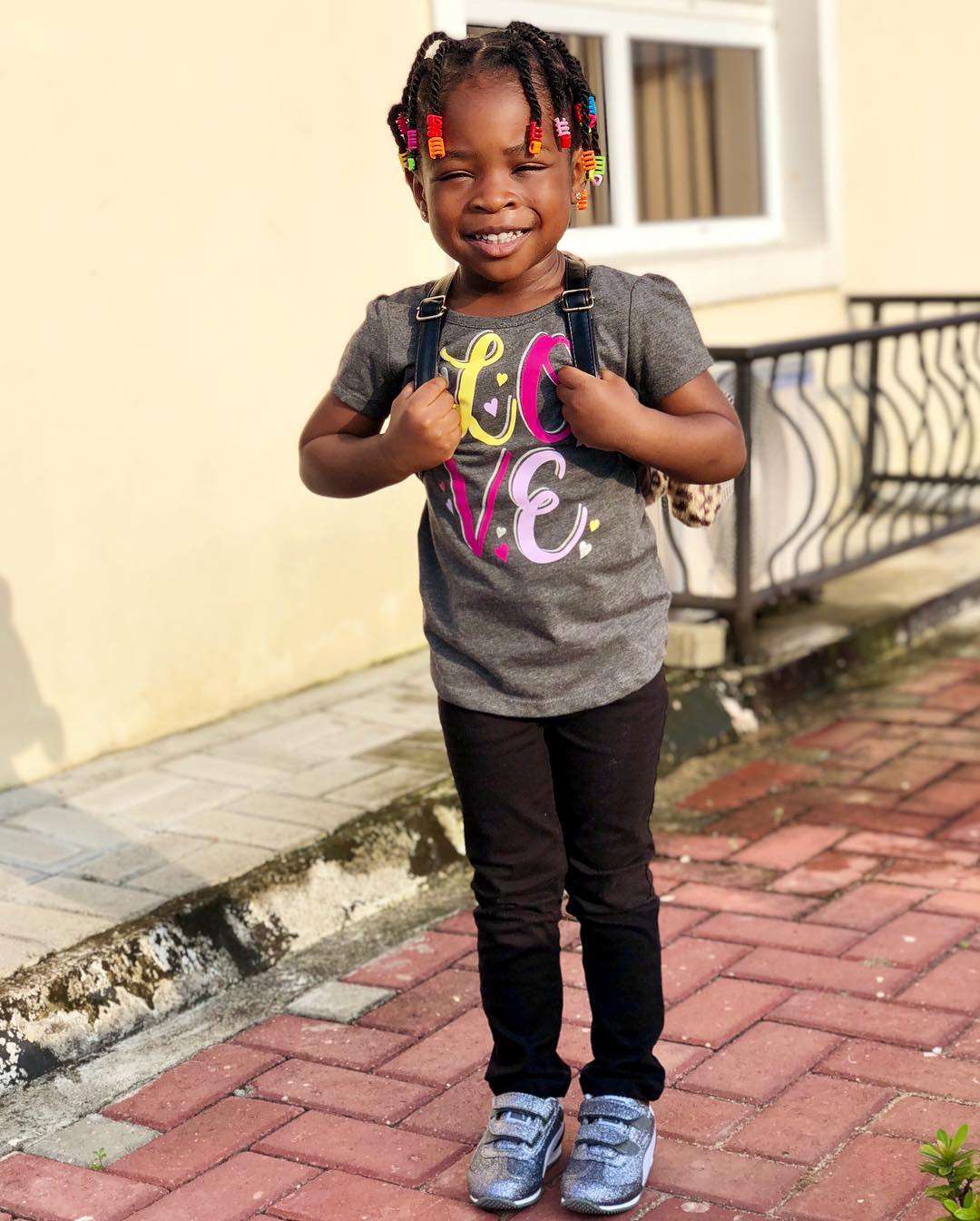 Sophia who does not hesitate to flaunt her beautiful daughter frequently makes posts on Instagram that depict Imade at her best.

Recently, cute pictures of the amazing daughter of Davido has flooded her page showing that though she might still be young, she is still out there to slay any day, any time.

The Instagram page of the celebrity kid also featured a video that mirrored Imade spending time with Davido and his friends.

The young girl who was sitting next to her father at a cosy place and evidently talking to someone on the other end of the table looked extremely happy and satisfied as she cleaned her hands with a napkin.

Another photo of her strapping a pink bag and wearing a really cute striped gown was also shown. This time, the lovely three-year-old was being warned by her mother not to touch the clean, white sneakers. Heeding promptly, she rose up to go to school.

Meanwhile, Wizkid recently gave an epic reply to someone who asked about his two older children, Bolu and Ayo. The person had asked him this question when he talked about being en route with his third son Zion.

In answering the fan’s question, the musician said his kids were fine but he went on to ask the lady who probed him if she was at home with her father. You may also like; Charly Boy’s daughter Dewy and her lesbian partner celebrate their first Pride as a couple (Photo)