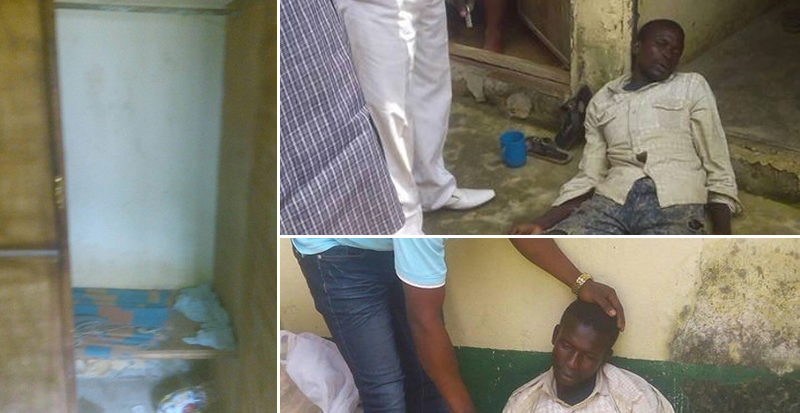 A man identified as Umar has just been found unconscious after hiding inside a wardrobe for 5-days during the recent communal crisis in Kaduna State.

According to the rescuer, Lord Beckson Sirjoe who shared his photos, ‘Umar who sells coconut and dead palm at Dullahi filling station Sabon Tasha Kaduna was found inside this wardrobe when I went out this morning to check some facilities in a house at black street. 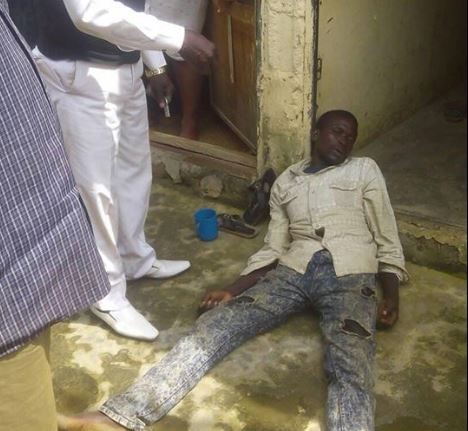 He has been in this wardrobe since Sunday when the uproar started, he ran into the house without the knowledge of the tenant in the house and went to this empty room where he hide himself for five days without taking food no seeing the day light and doesn’t know what was going on’. 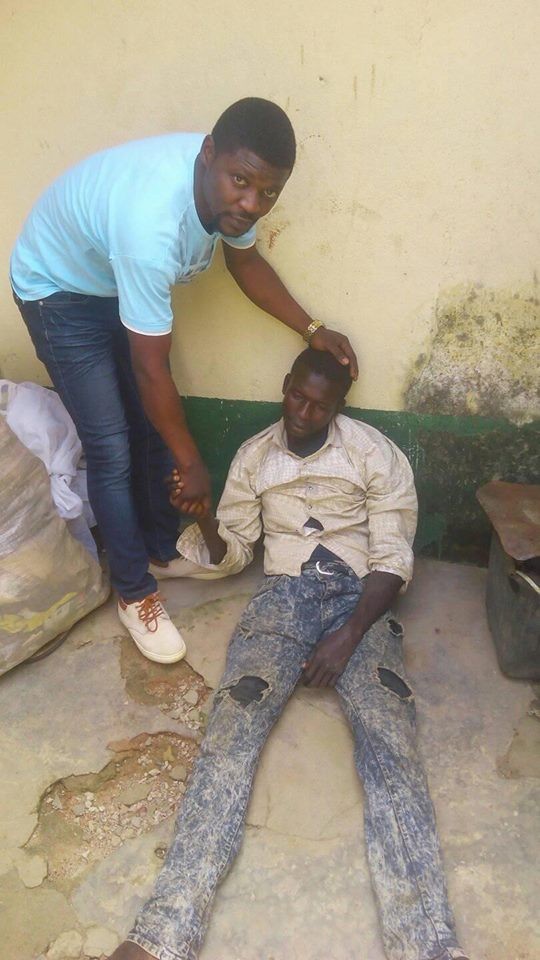 ‘I picked him up, he was helpless and looking weak, he could not walk. After regaining his consciousness and strength I called Alhaji Hassan a Fulani man who is a business man in SABO metropolis who identify him and I handed him over to the security. Theirs every need to live in peace with one another and to make Nigeria a better place for me and you. If we can convert all the strength we are using in fighting for the course of religion into national building, and if we can love our country the way we love our religion Nigeria by now would have been more than DUBAI’. 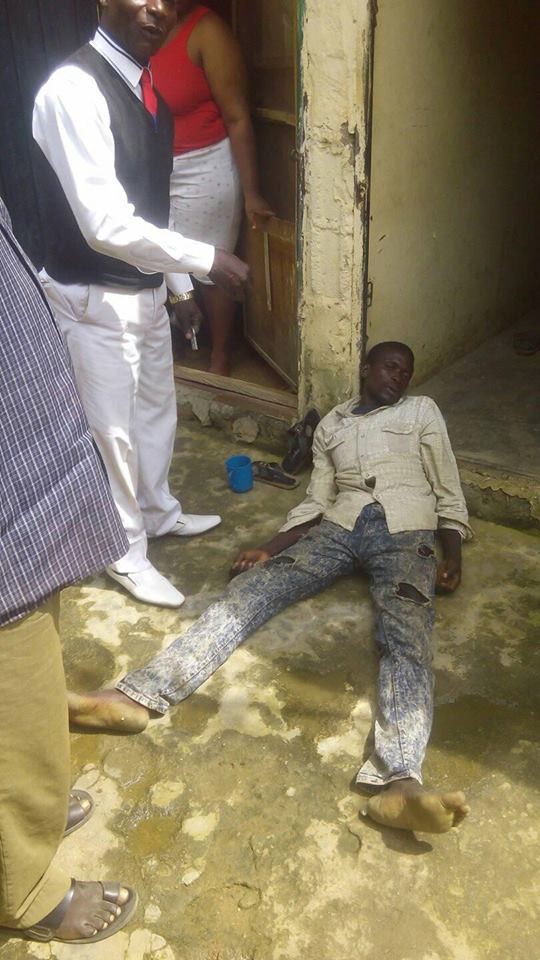 The Kaduna State Government on Friday reinstated the 24-hour curfew on Kaduna metropolis and environs, as well as Kasuwan Magani, Kajuru, Kateri and Kachia.

Mr Samuel Aruwan, Senior Special Assistant to the Governor on Media and Publicity said in a statement that the curfew is effective from 11am till further notice.

He said this became necessary to help maintain peace following the murder of the Chief of Adara, Mr Maiwada Galadima in the hands of his abductors who took him away last Friday.

READ: We pay to sleep under Oshodi bridge, Lagos Miscreants reveals after arrest

“The Kaduna State Government calls for calm in all our communities. The criminal elements who perpetrated this crime should not be allowed to divide us.

“This is a struggle between good, decent, law abiding people trying to uphold the peace and criminals who want to divide and destroy.

“It is not a struggle between religious or ethnic groups. Let no criminal find succour in faith or tribe.

“Let us unite against every criminal activity. Let us stand together as human beings who have a right to live in peace,” he said.