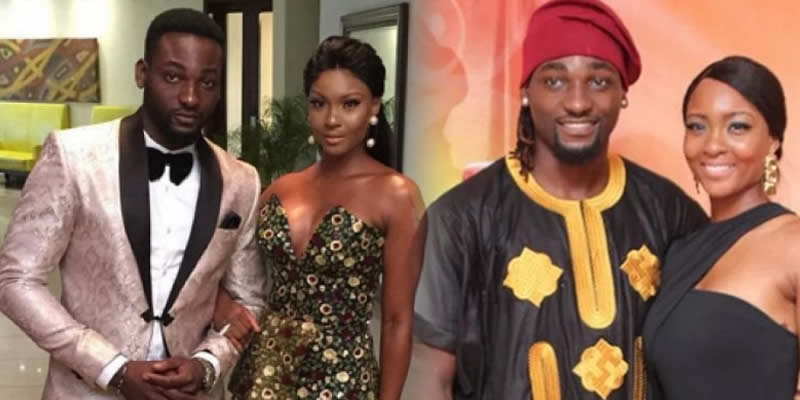 Nigerian entertainment consultant, Ayo Shonaiya has weighed on the rumoured troubles in the marriage of Nollywood actors, Gbenro Ajibade and Osas Ighodaro.

Following a previous rumour that reads;

Looks like everyday, more of these young marriages break. The latest couple to be facing break up rumours is actors Osas Ighodaro and Gbenro Ajibade. The young couple got married in 2015 and welcomed a child the next year but it looks like all is not well between them.

Yesterday October 26th was Osas Ighodaro’s birthday and unlike years before, her husband Gbenro didn’t acknowledge the birthday. A search through his IG page shows he has unfollowed Osas and removed a lot of her photos from his IG page. Gbenro has also not publicly acknowledged his wife most part of this year.

He relocated to the US a while back while Osas stayed in Nigeria. Osas is still following her husband on IG and still has his name as her surname. Hope things work out for them.

READ: Uche Jombo Refuses to Talk About Her Marriage, Reveals She’s Okay with Only a Child

Osas and I have finalized our divorce – Actor Gbenro Ajibade (Video)

normally I wouldn’t do this, because I hate commenting on people I don’t know personally, but this Osas and Gbenro rumoured separation is another example of the curse of celebrity weddings. People should understand that marriage is not a spectator sport’.

See the rest of his tweets below…

Normally I wouldn’t do this, because I hate commenting on people I don’t know personally, but this Osas and Gbenro rumoured separation is another example of the curse of celebrity weddings. People should understand that marriage is not a spectator sport…

Like I said, I don’t know Osas and Gbenro personally. In fact I first heard about them because of their wedding. I also shared an elevator ride with them in New York at the NEAs. They seemed quite cool. Beautiful people. Almost picture perfect sef…

Funny enough, years later, at the premiere of Wedding Party in Toronto, I shared another elevator ride with Osas at the car park, but this time I didn’t recognise her! She had shorter hair, but I guess it’s because their wedding wasn’t trending anymore…

My point is, these celebrity weddings, it’s always loud on the day and some days after. When it’s not trending anymore, there’s a pressure to retain that public buzz, so much so it’s subconsciously embedded in the marriage itself. It’s a mind thing…

And for the public, they have moved on to the next celebrity wedding. The next thing you can give them to give you that buzz back is have a baby, then yayyyy. Then what next? It’s like an ongoing TV series. Your lives now become “content”…

Celebrity couples should understand that when you start these “series”, the public are subconsciously waiting for a plot twist, and the most common plot twist for a celebrity wedding is a celebrity divorce!!! It’s a mind thing…

Lastly, from someone who’s been happily married for what seems like an eternity, and as odd as this sounds, the best way to keep a marriage strong, is NOT to treat the marriage like it’s the most important thing in your lives. Trust me. It works ?

You may also like; Yemi Alade’s former friend reveals how she cut him off after becoming a Celebrity