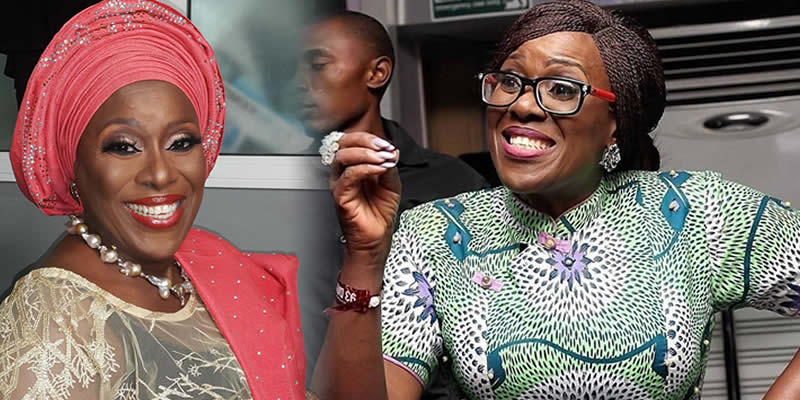 When it comes to mentioning top Nollywood actresses who have done well for themselves over the years, Joke Silva’s name would never be omitted. She has carved a niche for herself in the industry and still trying every means to remain relevant in the industry.

Born on September 29, 1961, the 57-year-old actress bagged a Bachelor’s degree in English from the University of Lagos (Unilag). She did not end there but proceeded to Webber Douglas Academy of Dramatic Arts in London, where she studied drama.

This launched her journey into the movie industry. In the early 1990s, she featured in her first movie, Mind Bending. Her parents never supported her dream of becoming an actress but sooner or later, she had their full support.

Married to veteran Nollywood actor Olu Jacobs, the lovebirds met in 1981 at the National Theatre, Iganmu area of Lagos, during the 21st Independence anniversary. They began their journey together and even in old age, they are inseparable.

At 57, it appears that Joke Silva does not want to be kicked out of the fashion industry. She is ever ready to compete with younger generations as far as stepping on the red carpet is concerned.

Desmond Elliot replies critics who blasted him for his…

In this regard, Legit.ng brings you five stylish pictures of the talented movie thespian:

READ: Nollywood Actress Says She Would Always Pick Money Over S*x In A Relationship

READ: 5 supercool prewedding pictures we’ve had in 2018 so far

Abuja: Security beefed up around Aso Rock, secretariat, others as Shiite, Labour protests