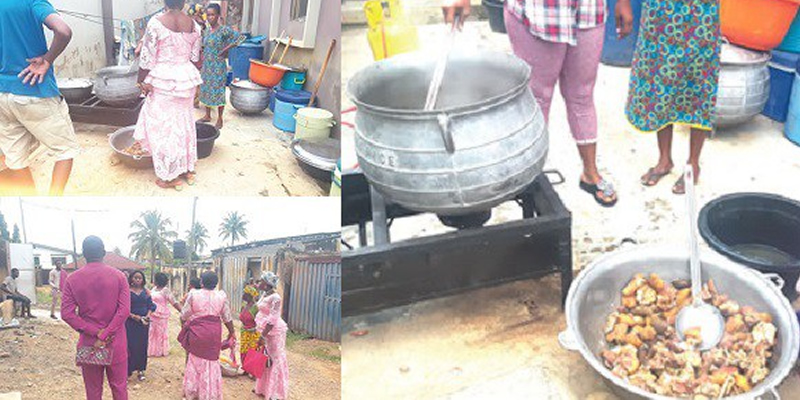 According to reports, Oluwaseun Adugbe’s father called off her wedding to Tunji Curtis, her fiance of five years and the father of her five year old child. Tunji had arrived Ibadan with his family and friends to marry the love of his life but to his uttermost shock, his father in-law told him point blank that the wedding had been called off.

When asked why he took such a rash decision, the father, Mr Adugbe who is a native of Edo state, told the groom that he failed to honor a meeting he called for on Friday which should have preceded the wedding on Saturday. 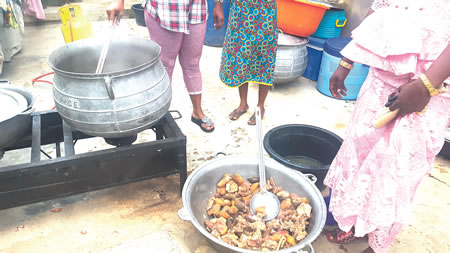 “This is shocking. I don’t believe this is truly happening, because my wife and I had no issues at all and I can’t remember having any issue with her father. In fact, I sent money to her father last week Thursday as part of my contributions towards the wedding. I asked my father in-law what went wrong; he told me that I failed to honour a meeting yesterday. I tried to explain to him that I was extremely busy making sure that everything was in place so that we could have a smooth celebration.”Tunji said

Asked what his next plans would be, Tunji simply said: “ Right now, I just want to forget about this drama and cool off. I will think of the next thing to do when I wake up tomorrow.” 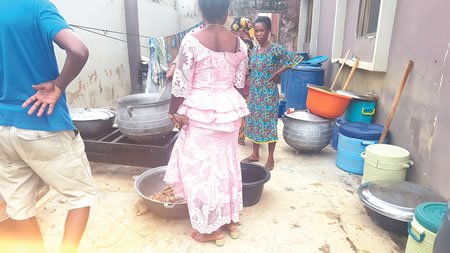 Tunji’s elder sister, Abibat, who came to Ibadan with about 15 persons, including family members and friends, said she was disappointed by the actions of the bride’s family, adding that

“You can imagine the excuse that they gave for the cancellation of the wedding. I have never seen any family that is as irresponsible as this. I don’t blame them; I blame our son, who took the wrong step. The wedding is over and we will be going back to Lagos anytime from now,” she lamented.

Another member of the family, Olayinka Ogunbajo, who brought the wedding cake from Lagos said the family members met the father of the bride on their arrival from Lagos with the cake, saying.

READ: Man arrested for sleeping with his daughter for two years, getting her pregnant and aborting it!

“the father told us where we would keep the cake on Friday. He welcomed us heartily into his house and there was no reason for us to think otherwise. On getting here this morning, we were told that the wedding had been called off. I am speechless.”