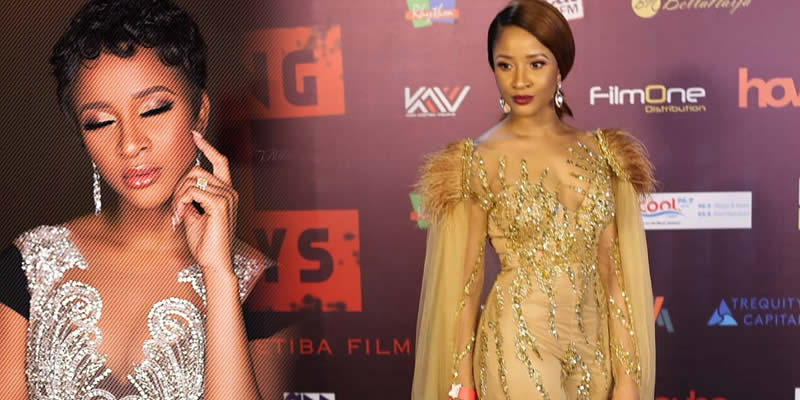 Nollywood sweetheart, Adesua Etomi-Wellington, is considered one of the most talented new age actresses whose character interpretative skills are simply impeccable and many wonder how she does it.

Ever since her rise to stardom, there has been hardly any role the ivory beauty has not delivered in full force. From the softhearted bride in The Wedding Party to the boss lady who ‘makes things happen’ in the King of Boys, her acting prowess is indeed amazing.

Unlike back in the days where the likes of Sandra Achums, Hilda Dokubo and Nkiru Sylvanus were the ‘cry babies’ of the industry, there are only but a few in today’s era, who know how to bring on the waterfalls when needed and unsurprisingly, Etomi is top on the list.

On how she finds it so easy to cry, Etomi revealed that she simply ‘puts herself in the characters’ head space’. She revealed this while responding to a Twitter user, Taiwo Victoria, who wanted to know how she finds it comfortable crying in many of her roles.

The actor who got married to Nigerian sensational singer, Banky W in 2017 has cause to celebrate yet again as her BFF and fellow actor, Linda Ejiofor recently got engaged and is set to walk down the aisle with her co-star on Tinsel, Ibrahim Suleiman.

The actors recently released pre-wedding photos on social media, announcing that they have found love in each other and would begin their journey as life partners. You will also want to read; ‘This Is The Happiest Day Of My Life’ 2face Idibia Screams and kisses Annie Idibia And His Baby Mama (Video)