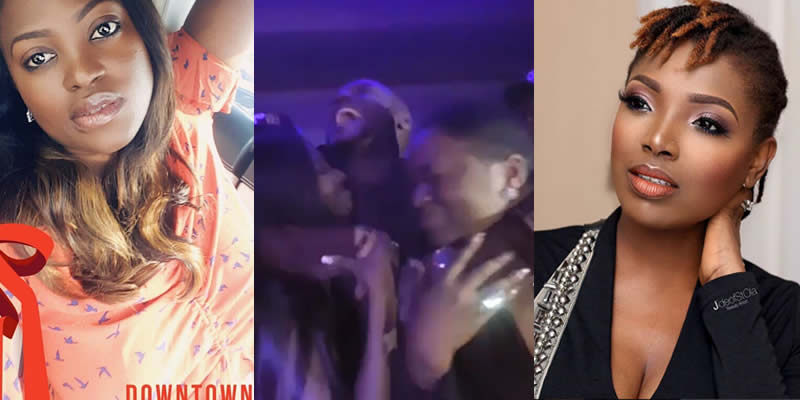 Here is another emotional video of legendary singer 2face Idibia holding both his wife, Annie and his baby mama, Pero Adeniyi after they ended their long-standing rift. In the video, 2face is repeatedly heard screaming

‘This is the happiest day of my life’

as he continued to hold the two women before planting kisses on them.

The age-long rift between popular Nigerian musician, Innocent ‘2Baba’ Idibia’s wife, Annie Idibia, and one of his baby mamas, Pero Adeniyi, seems to have been settled after seven years.

According to sources close to the pop singer, Pero Adeniyi, who relocated to the United States after baring three children for the afro-pop music legend, returned to Nigeria over the weekend to make peace with Idibia.

READ: ‘Taju is doing great’, says Funke Akindele as she reconnects with the ‘smart kid’ Celebrities picked from slum

Pero has three kids with Tuface, while Annie has two kids with the singer.

You may also like to read; Nigerian singer 2baba appreciates his wife with lovely video