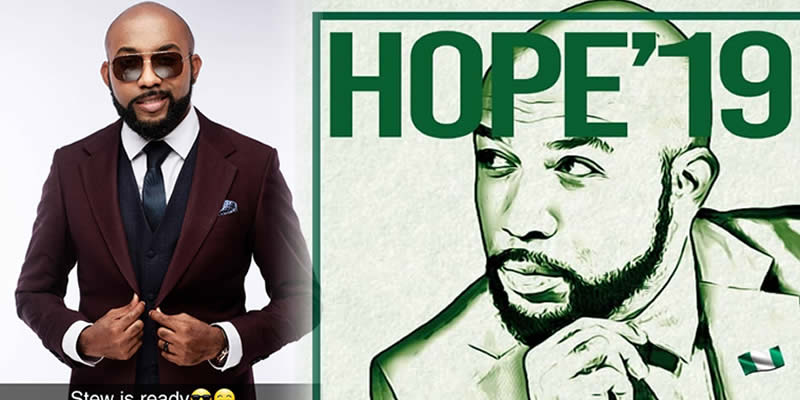 Top Nigerian musician Banky W on Saturday, November 10 surprised Nigerians when he announced his intention to contest for the Eti Osa, Lagos seat at the House of Representatives in the 2019 general elections. 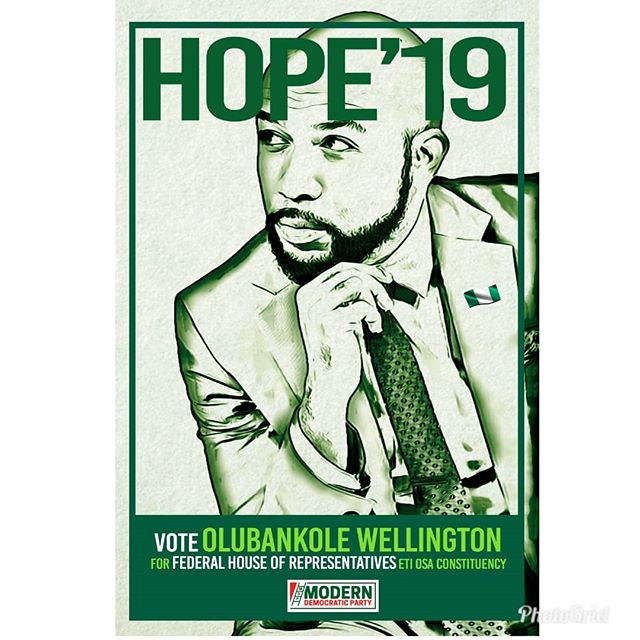 Making the announcement in an event tagged “Play Your Part”, Banky revealed that he will be running under the Modern Democratic Party (MDP), a party led by Prince Bukunyi Olateru-Olagbegi, a 27 year-old youth activist and entrepreneur.

READ: Why rerun is likely for Osun State Election

Nigerians, as expected, took to Twitter to comment on the Singer’s latest move. While some applauded the award winning musician, others condemned him for joining politics.

Check out some of the reactions below:

Banky W is going to win this!
2019 in Eti Osa is going to be on personality between Obanikoro son and Banky W.

I congratulate Banky W in advance, this is one of the serious candidates in 2019 election.

Mdp thank you for this, is a good one.@BankyW
I volunteer for you sir! https://t.co/1wKadZjXBX

people rooting for “Banky W” to contest/win are the same people that will come for him on Twitter when he loses the election. Éti ya wayray pic.twitter.com/N4p6ykO9j6

People prolly just not supporting Banky W’s political ambition cos it looks like a retirement plan after music. The transition woulda been easy if he was ever vocal or spearheading any political movement before now. ?

You can’t even please NIGERIANS!

Just reading comments on Banky W deceleration to contest for a seat in Lagos, some Pdp fanatics are already calling him a core Buharist who just wanto ‘scatter’ the votes ?? same for some APC supporters too..

What exactly do Nigerians want again???
You want young politicians, Banky W is making a move and some people are still bashing him..
Are you okay?? pic.twitter.com/GeMjW8fkkJ

only a political retard doesn’t know that Banky W will later decamp to APC. Was he not the one with the longest verse in Ambode’s campaign jingle?. He wants to enter bourdillon through the back door. Well he can try it in eti Osa, Na ajebutter area.

Banky W has just joined his fellow colleagues in the entertainment industry who have ventured into politics. Some of them include, Mercy Johnson, Kate Henshaw, Onyeka Onwenu, Bukky Wright, Kenneth Okonkwo, Dayo Adeneye, Kenny Saint Brown, Funke Adesiyan, Femi Adebayo, Richard Mofe Damijo, 9ice, Desmond Elliot and many others. You may also like to read; Blackface Reveals Why He Is Suing Wizkid And Banky W