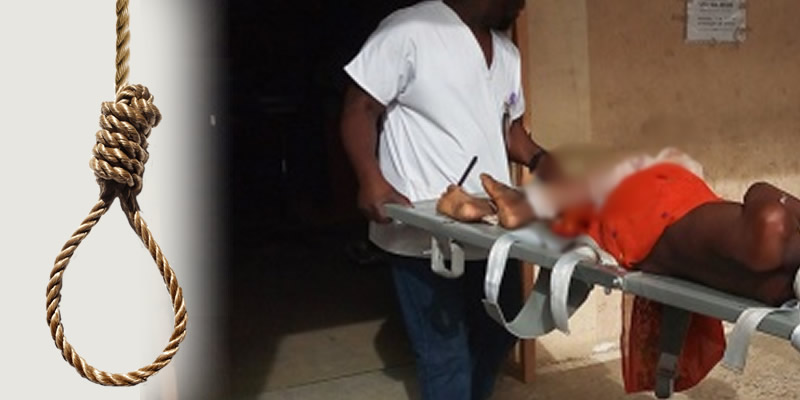 A father of three believed to be in his late thirties has committed suicide by hanging, at his residence in NEPA Line, Uyo, Akwa Ibom State.

The dangling body of the deceased was found in his room when his colleagues came to his house to find out why he has not reported to the office after some days.

According to a source, who pleaded anonymity, the deceased just returned to Uyo on Wednesday from his village in Rivers State where his family resides.

It was gathered that the deceased, whose name could not be ascertained as at press time parked into the compound few months ago.

Another source who described the deceased as a gentleman, said he could not have believed that the man could take his own life.

He maintained that the wife of the deceased, who is also pregnant when informed of the incident, said that the husband called her early hours of Thursday and begged her and the children to forgive him.

He added that the wife said she had no inkling that the husband would go to the extent of killing himself.

Corps Member Who Killed ‘Lover’ In Akwa Ibom Says She Did…

However, when the Police Public Relation Officer DSP MacDon Odiko, was contacted, he said he would not comment on the issue since the matter has not been reported to his office.