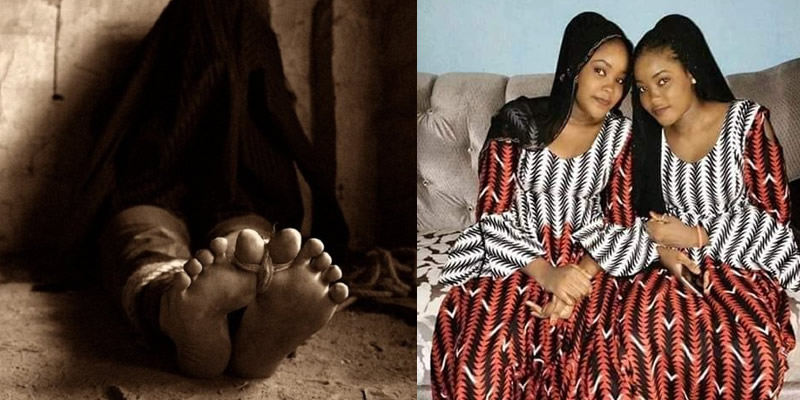 ‘We ‘ll kill one of them soon’, Kidnappers of Zamfara twin sisters threatens as they reduce ransom to N15m

Kidnappers of Zamfara twin sisters reduce ransom to N15m, vow to kill one if payment not made on time

The kidnappers that abducted 16-year-old twin sisters in Zamfara have threatened to kill one of the girls if payment of their ransom is not made on time.

Hassana and Hussaina, whose wedding was slated for December, were abducted at their elder sister’s residence in Dauran village in Zurmi Local Government Area of Zamfara State. They had visited their sister, Summaya, 20, in preparation for their wedding. Their father, Alhaji Abubakar Yusuf, said the kidnappers had initially demanded N150 million.

“We are only able to get N6m selling our properties and receiving contributions from family members, politicians, traders and ordinary people,” Mr Abdubakar told Daily Nigerian on Thursday night.

In an audio clip that had since gone viral on Facebook, one of the twin sisters, Hussaina was heard sobbing, complaining about maltreatment and appealing for help.

“I am battling with headache. We are in dire situation, they are about to kill us,” Hussaina sobbed. The beat us every morning. Please help rescue us. Even yesterday, they slaughtered some people in our presence. We are starving. Please get contributions even from the general public.”

But one of the abductor cut in,  saying the call would be the last he would make with the twins as they failed to deliver the ransom.