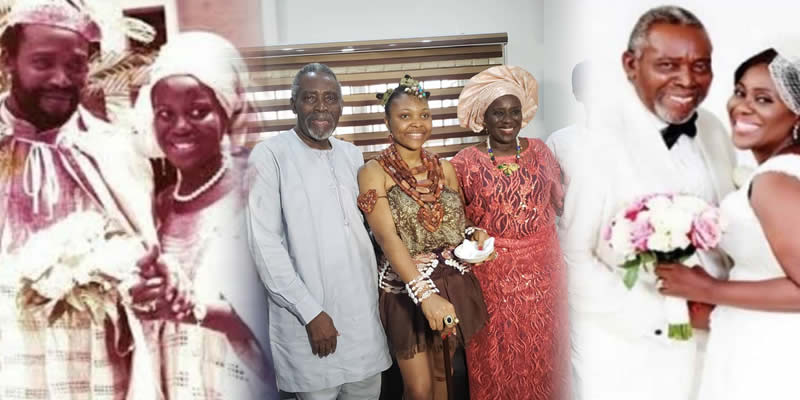 Marriage requires more than just two people in love to last long. It takes two responsible adults ready to journey life together with nothing but hope and a strong conviction to stick together no matter what.

Veteran actors 76-year-old Olu Jacobs and his wife, 57-year-old Ajoke Silva, are a match made in heaven. Their love has not only grown through the years but so has their dedication to their craft helped in shaping their affair to something more meaningful and fulfilling.

Interestingly, the couple met in 1981 at a film rehearsal, instantly fell in love and courted for a few years before walking down the aisle in 1985. It helped that they both had an interest in acting, so it was easy to build an empire from their passion.

Over three decades and they are still waxing strong. Recently, Ajoke celebrated 33rd wedding anniversary with sweet words on social media, calling her husband, Olu, the king of her heart.

The couple founded and operate the Lufodo Group covering film production, distribution assets and the Lufodo Academy of Performing Arts, where Joke is the director of studies. With such a beautiful love story and lasting marriage, they both stand as beacon of hope for many celebrity couples who struggle to make their relationship work due to being in the spotlight.

We have source out 4 lovely throwback photos of the couple:

Happy wedding anniversary to the couple! You may also like to read; ‘If I no find husband in one year, I’m coming to share yours’ – Toke Makinwa tells Annie Idibia