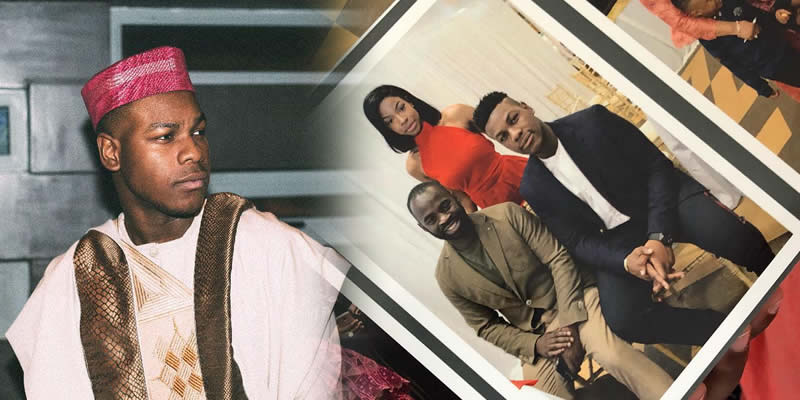 Nigerian born Hollywood star, John Boyega who took to Instagram to share a photo of his family, has revealed his sister’s bride price.

This came as a reply to bride price question from one of his followers. Well according to John Boyega, his sister’s bride price includes; 35% of his family’s overall networth, two years in a Mexican prison and a hand written note by God himself.

Here is a screenshot of the exchange below; 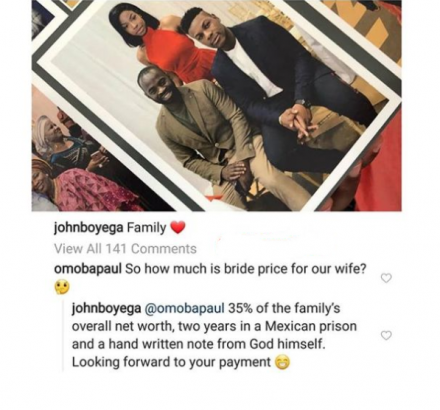 We will regulate, not shut down social media, says Lai Mohammed

The Nigerian born British actor was born to parents Abigail and Samson and he has a sister. He grew up with his family in Peckham, South London, England. Boyega began acting at Theatre Peckham, a local performing arts centre in London for talented children aged 9 to 14. He spent almost every day after school at the theatre, as well as weekends.

At 16, he moved to South Thames College to study performing arts and joined the Identity School of Acting in Hackney. He enrolled at Greenwich University but as his career took off, he left to concentrate on acting.

He is best known for playing Finn in the Star Wars film franchise. John Boyega is also known for his role as Moses in the 2011 film Attack the Block. You may also like to read; 17-year-old Sudanese most expensive bride has been taken finally by business tycoon