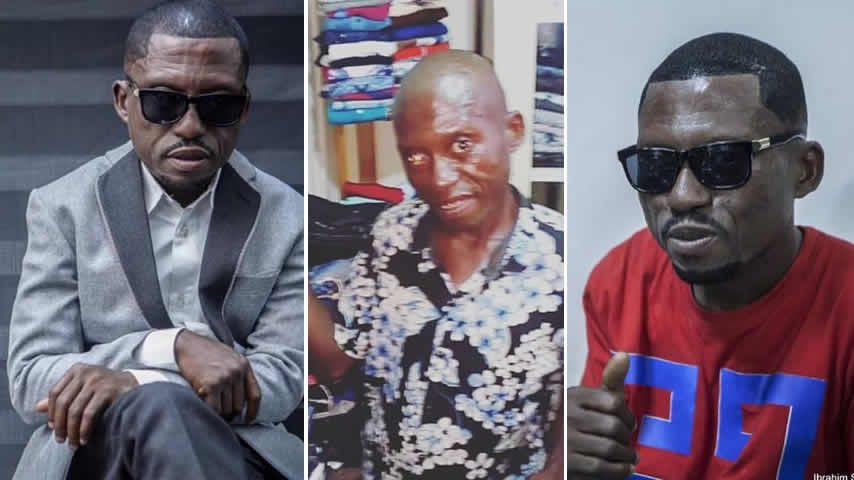 Mr Spell ‘re branded’, almost unrecognizable as he gets his first feature in a comedy concert

A man who was given the alias ‘Mr Spell’ went viral after he was filmed attempting to spell “Buhari” in a viral video. His stardom was swift  after he was located and cleaned up by well-meaning Nigerians. And now he’s in Lagos to spell his Fans’ names.

Mr Spell has been in several controversies since the time his spelling of the President’s name went viral. At first, It was Speedy Darlington who wanted to sue the producer of the hit song who merged speedy’s voice with the viral ‘Spell Buhari’ music.

Recently, another musician reacted to the way he is being celebrated. Morachi a US-based Nigerian Artiste while reacting to Mr Spell’s sudden fame, called him stupid, tells Nigerians to stop making stupid things popular (read here).

However, all these controversy is not stopping helpers and promoters of the social media sensation of the moment. He was recently taken for photo shoot after he was cleaned up. See photo below.

The former drunkard who usually hangs out in beer palours and roams about the street was also taken outside of his ‘norm’, where he was made hangout, socialize and he was opportuned to meet some female Fans who posed for selfie with him, see photos below.

Mr Spell is not only getting transformed, he’s now getting paid, his first appearance as a comedian is today. He is performing in Comedian Whale Mouth’s concert, the same concert where popular Instagram comedian, Lasisi Elenu first made his physical debut.

Ahead of the show, he had another set of transformation which made him almost unrecognizable. See photos below.

Another interesting topic; Dump that man who can’t give you at least 100k monthly — Lady advises

‘Atiku’s Intergrity Made Me Marry Him’ – Hajiya Titi Abubakar Reveals