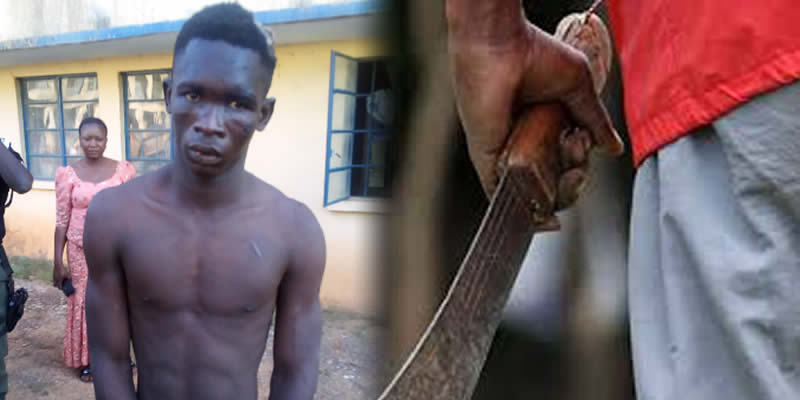 The police in Adamawa state have arrested 23 year old Abubakar Yahaya, pictured above, for chopping off the wrist of one  Mohammed Jafar, following their dispute over a girl named Mariam Boni.

According to the state police command spokesperson, Othman Abubakar, the suspect and Mariam were lovers and when their relationship crashed, Mariam started seeing Jafar.

Abubakar became jealous and made several attempts to persuade Mohammed from seeing Mariam. For failling to heed his several warnings, Abuabakr arranged with his friends and they ambushed Mohammed on November 21st. They beat him up and during the attack, Abubakar used a matchete to chop off Mohammed’s hands.

The case was immediately reported to the police and Abubakar was arrested.

The police spokesperson said the suspect will soon be arraigned in court.

You may also like to read; We Sold Our Baby For N250k To Pay Off Our Debts – Couple Confesses

Burna boy trends he embarrassed his mother and grandfather during an…