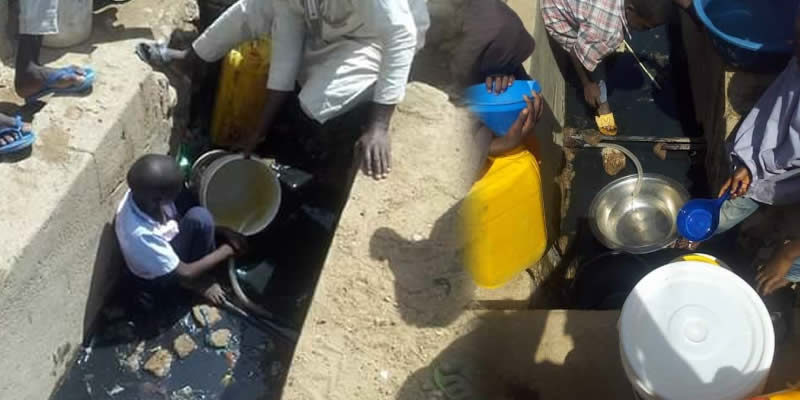 By Aanu Damilare .O On Dec 1, 2018
Share FacebookTwitterWhatsAppReddItPinterestEmailLinkedin
A Facebook user, Aminu Attahiru Abubakar took to the platform to call out the Bauchi State Government for their ”non-chaland attitude towards handling the affairs of the state.”
He shared photos of commuters fetching ‘drinking’ water from a pipe inside a dirty stagnant gutter and wrote;

This is Anguwar Bakaro. Just look at the place where people are fetching water to drink in Bauchi State. It is a major failure which may result to cholera epidemic and cause death. I can excuse the government reasons for failure to complete other projects but if they cannot provide ordinary tap water for people in 4yrs, what excuse should I give them? Haba Dan Allah!
With all due respect to His Excellency, I like him as a person but his nonchalant attitude towards handling the affairs of our state is totally uncalled for. And his failure to fulfill his campaign promises such as providing water to the citizens is one of the reasons why I want him out of office. Let’s try another person gaskia. 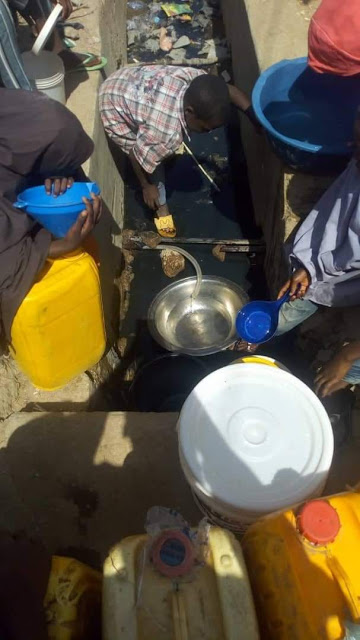 READ: Three young men arrested in Edo for scamming villagers after claiming to be members of ‘Atiku’s group’ 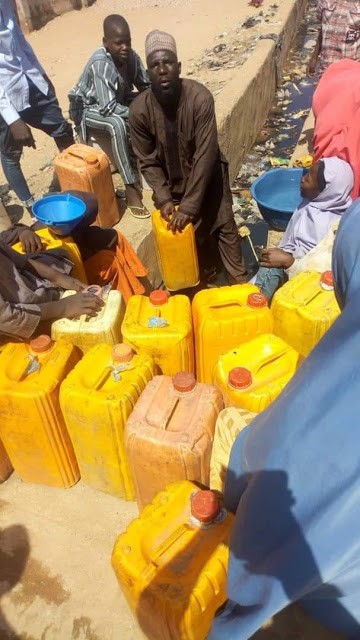 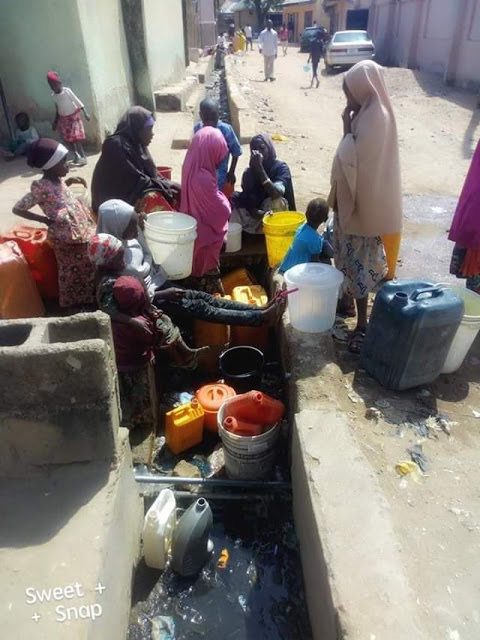 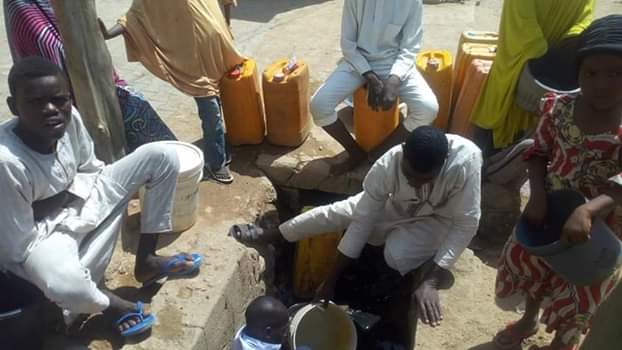 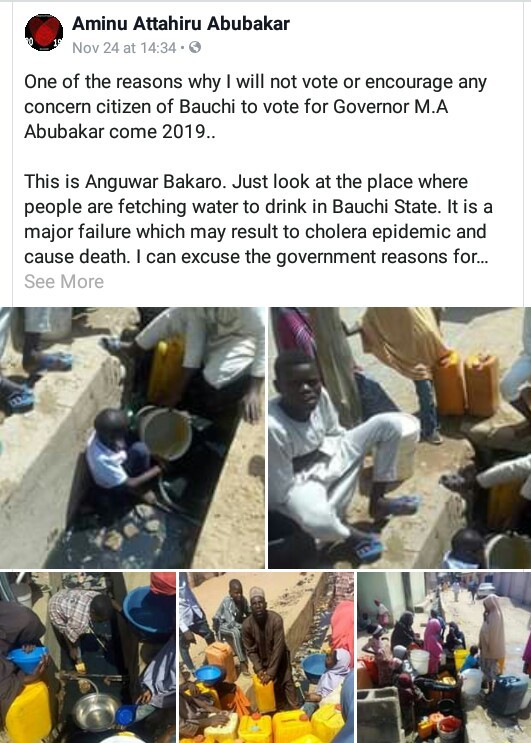 You may also like to read; Publish identities of Melete Army base attack victims, Ezekwesili tells Buhari