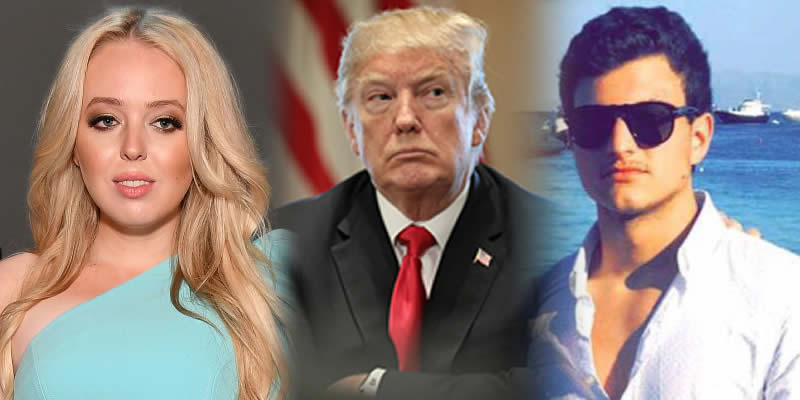 According to Page Six reports, Micheal is the son of a multi-billion dollar family in Nigeria.

A source close to Tiffany told Page Six that the president’s daughter and Boulos spent Thanksgiving together and that he met most of her family.

“Tiffany is happy.  She has so far been able to keep things with Michael under the radar.

“But she introduced him to her family at Thanksgiving, and he comes across as a very intelligent young man from a great family. There was no mention of the president’s unfortunate comment about African nations,” the source said.

Tiffany and Boulos are believed to have started dating sometime in June, when they met while on vacation in Mykonos.

Boulos reportedly grew up in Lagos, Nigeria. Tiffany’s father President Trump had once referred to Nigeria as a “shithole country.”

You may also like to read; CNN Sues Donald Trump And Demands Return Of Jim Acosta’s Press Credentials

Alleged New Terrorists in Sokoto: They are Malian herdsmen without arms, says Police

Donald Trump’s daughter and her Nigerian boyfriend holiday in Cannes

Tunde Ednut is living illegally in the US – Kemi Olunloyo

US Government Shutdown: Cardi B calls out President Trump in new video

Rapper T.I mocks Trump and his wife with new music video that has a graphic love…