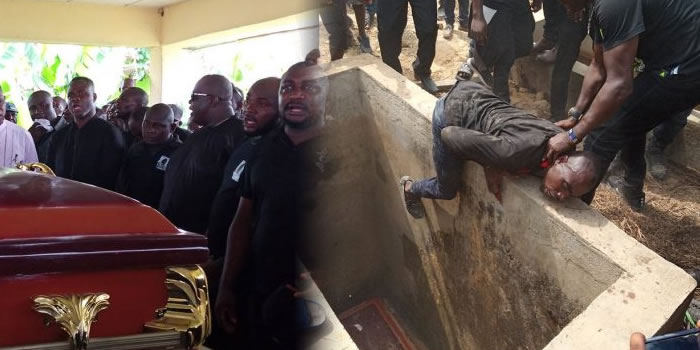 Man stopped from entering his friend’s grave in Bayelsa

A grieving man was, today, stopped from entering the grave of his bosom friend, Comrade Godgift, during his burial in Bayelsa.

The deceased was recently killed by yet to be identified gunmen. It took the intervention of other mourners to prevent his friend from entering the grave with him.

You may also like to read; Josh2funny buys his friend a car, as reward for loyalty