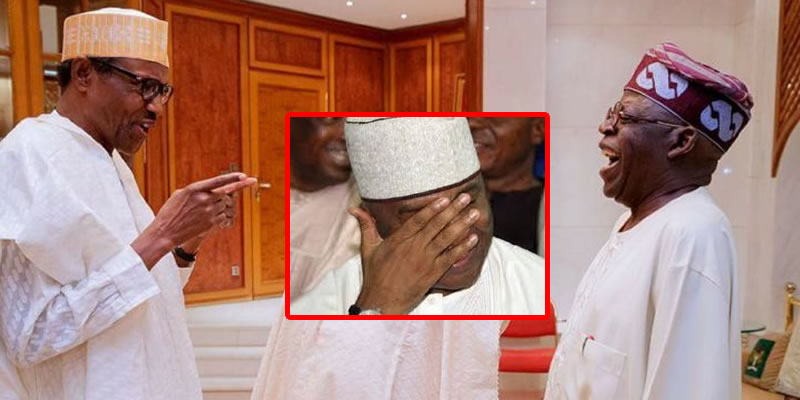 The Presidency has reacted as the Senate President, Bukola Saraki lost his bid for reelection into the Senate.

It was earlier reported that Saraki lost to Dr Yahaya Oloriegbe of the All Progressives Congress (APC), in Saturday’s Senatorial election

Oloriegbe polled a total of 123, 808 votes to defeat the Senate President who scored 68, 994 votes in the four local governments of Kwara Central Senatorial District.

Alongside a picture of Buhari with Oloriegbe, He wrote: “Senate President, Sen. Bukola Saraki has lost his re-election bid to the Red Chamber to the ruling All Progressives Congress’s candidate Ibrahim Oloriegbe in all the four local councils in the senatorial district.