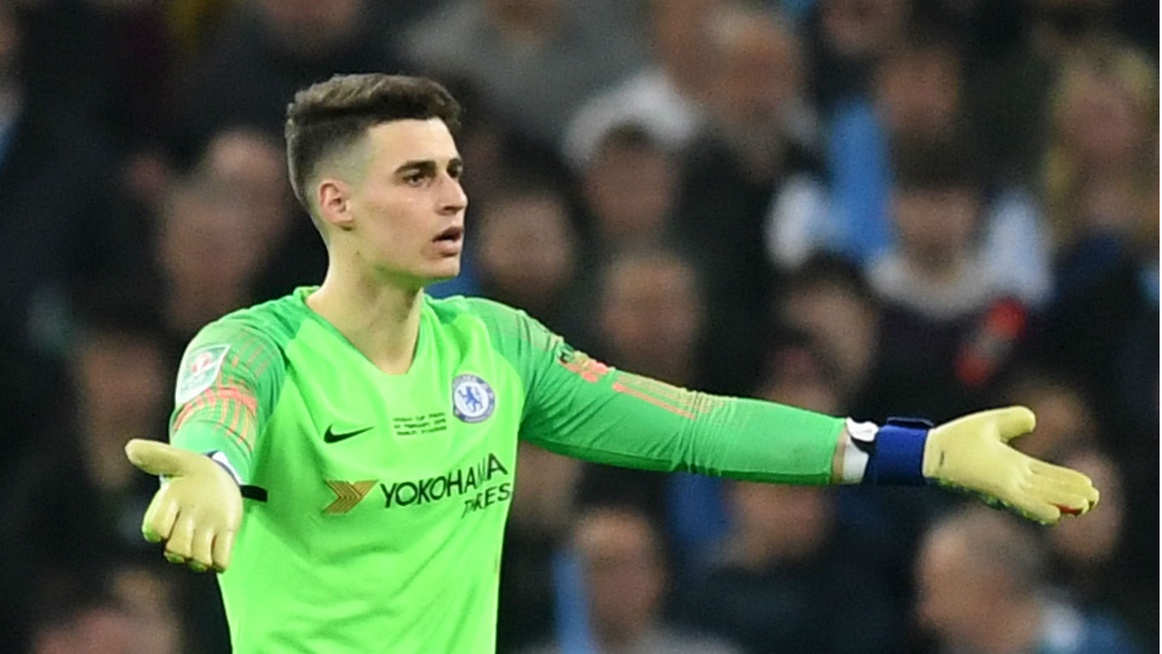 Chelsea goalkeeper Kepa Arrizabalaga has been dropped to the bench for Wednesday’s Premier League clash with Tottenham at Stamford Bridge after refusing to be substituted in Sunday’s EFL Cup final defeat to Manchester City. Kepa twice required treatment during extra time at Wembley, with Willy Caballero – City’s shoot-out hero in the 2016 final – prepared to come on.

Sarri appeared to be furious as the world’s most expensive keeper defied his order to come off, with Caballero left confused on the sidelines during a long delay.

The Chelsea boss explained in his post-match news conference that it was a “misunderstanding”, saying he understood the apparent injury to Kepa was more serious than the Spaniard felt.

Sarri reiterated in Chelsea’s statement that there was a mix-up and Kepa has since apologised to the Italian and the rest of the team, though that has not spared him from a fine of a week’s wages issued by the club, rather than the coach.

Speaking to the club’s website at the time, Sarri said:

Tottenham named Premier League’s most valuable club ahead of…

“Kepa and I have spoken about the incident. It was a good conversation. “There was a misunderstanding yesterday [Sunday], but he realises he made a big mistake in the way he reacted.

“He has apologised to me, his team-mates and the club. It is up to the club if they want to discipline him according to the club rules, but for me this matter is now closed.”

Caballero will belatedly get his chance between the sticks for Chelsea, having taken Kepa’s place in the starting XI.