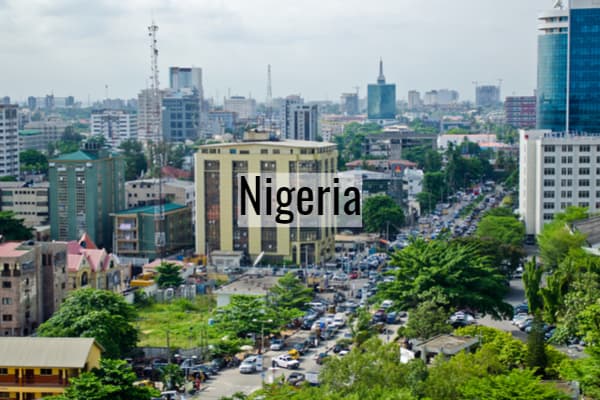 The Coalition for Nigeria Movement has faulted a recent report by the United States of America’s 2018 Country Reports on Human Rights Practices which claimed that “impunity remains widespread at all levels of government” in Nigeria.

The report, which was published on the website of the US Department of State, said several acts of gross human rights abuse were committed by both government and non-government actors within Nigeria in the year under review, many of which were not investigated.

Reacting, however, the Coalition for Nigeria Movement said the attack on Nigeria as a country and its leadership for daring to work for what is in the interest of citizens was provocative.

Addressing a news conference on Wednesday in Abuja, Gabriel T. Kifasi, the National Convener of the group called on the Federal Government of Nigeria to reject the insinuations and wrong conclusions drawn in the report as citizens expect nothing less of their government

Full text of his statement below.

This unsurprising nature of the report is based on the knowledge that the United States in its arrogance continues to parade itself as the “Police of the World” while being dismissive of the rights of other nations to sovereignty.

To the extent that the United States has failed to put its own house in order, a natural reaction to this most recent outrage would have been to completely ignore the junk document. But we reason that part of the misplaced importance the US arrogates to itself is because citizens of other countries often neglect to challenge the lies emanating from the devil’s worldly capital, hence the misplaced aura of infallibility that makes this country continue to ply the world with its garbage.

If we do nothing to call attention to the lies built into the latest 49-paged fiction by the State Department’s Bureau of Democracy, Human Rights and Labour, there is then the risk that the fallacies will be committed to history as the true state of affairs in Nigeria.
Since the report is publicly available, we shall not belabor efforts in recounting the details as this will only further help perpetrate the lies told in it while amplifying them.

What we will do here is to point out a few things that point to the true intentions of the United States through its periodic publication of the vexatious lies. This is in the hope that Nigerians will be better guided in how they perceive the report and what interventions they make on its basis. The rest of the world would also benefit since they will have alternate views to the wrong impressions being created about Nigeria.

Gentlemen of the press, while the 49-page document gives the wrong impression of being a thorough work of research and analysis of situations in Nigeria, this deception is rather geared towards manipulating Nigeria into changing its stance on lesbian, gay, bisexual, transgender, and intersex (LGBTI) persons relative to the Same Sex Marriage (Prohibition) Act 2014. It is most unfortunate that other matters of weighty gravity are being distorted simply to force Nigeria to insult our ancestral practices and values by allowing men to marry men and for a woman to take a woman to bed. What we have come to understand is that US personnel deployed to Nigeria are unable to bring their same sex partners to Nigeria and they are therefore desirous of overturning the law at any cost.

It is therefore sad that the US can issue a report to undermine the war on terrorism out of a desperation to procure same sex marriage in Nigeria. This make it bizarre to see portion of the report read “Security services used excessive force in the pursuit of Boko Haram and ISIS-WA suspects, often resulting in arbitrary arrest, detention, or torture.”

We wonder if the intensity with which the Nigerian military pursue Boko Haram fighters and other terrorists is in anyway higher than what the US military does in other countries where they have intruded under the cover of fighting terrorists. Please, kindly note that they deploy such force within the jurisdiction of other countries in their quest to ensure that terrorism is not imported into the US but Nigeria is not allowed to use similar force to deal with terrorists that are already on its soil.

We are aware that the opposition had expressed a willingness to ease the Same Sex Marriage (Prohibition) Act 2014 or at least repeal it had it come into power. Opposition leaders had also reportedly discussed this with US officials, which was one of the key factors that made the US initially threw its weight behind the opposition before it suffered defeat at the polls. It is consequently not surprising that the same report gave the impression that members of the opposition were being unfairly targeted by the anti-corruption fight and that they were usually arrested, arraigned and prosecuted without being convicted. It is most ridiculous that the report basically accuse the government of being autocratic in one breadth and in the same breadth accuse it of not circumventing the rules to jail indicted corrupt people.

Reading through the report and getting a better appreciation of its intention is for us alarming. In the event that blackmail and surreptitious hand over of the country to the opposition does not work, there is a hidden ploy in the document to undermine the Nigerian Military by making its legitimate intervention appear like commission of war crimes. The report exploited the war against Boko haram insurgents to make it appear as if the military unfairly targeted civilians.

It also created the impression that the Shia Islamic Movement of Nigeria (IMN) was wrongly targeted and the government did nothing about it. For those that are familiar with the situation. The Kaduna state government followed constitutionally recognized means to investigate the 2015 clashes recorded in the report and found IMN to be a militarized group and promptly outlawed it. The subsequent attacks and protests by the group in other cities of the country should as a result be considered illegal terrorist activities that law enforcement agencies, including the military, are duty bound to address. It would be interesting to see the explanation the US has for not granting mass asylum to IMN members if it truly considers its members harmless.

Something that should worry Nigerians is the copious manner in which the said report reproduced questionable content from documents earlier published by discredited international NGO, Amnesty International. The records are there to prove that Amnesty International has set itself up as a rival state to Nigeria, or an opposition NGO that has countered every single move the government and government forces have made to counter threats to the country. The point where the US report cherry-picks Amnesty International’s report to find aspects that justifies its defence of same sex marriage while hiding under the war on terrorism or counter-extremists operations leaves much to be desired.

This calculated attempt to undermine the sovereignty of Nigeria as a country through fictitious Country Reports on Human Rights Practices is therefore unacceptable for the very fact that it signals a morbid threat to Nigeria’s long term stability. Recent history is replete with instances where certain actors concertedly undermine countries to suit the outcomes predicted by reports like these. We thus have concerns that this report could be the beginning of increased foreign support for Boko Haram insurgents and the bandits causing mayhem in certain parts of the country.

Any resulting degeneration in the country’s security situation will then be leveraged to demand that Nigeria repeals the Same Sex Marriage (Prohibition) Act 2014 in exchange for cessation of support to terrorists and amenable assessment of the roles being played by the Armed Forces.

We call on the Federal Government of Nigeria to reject the insinuations and wrong conclusions drawn in the report as citizens expect nothing less of their government. It must equally make it clear that the Same Sex Marriage (Prohibition) Act 2014 was the product of constitutionally elected lawmakers reflecting the wishes of their constituent, who finds the concept of same sex marriage unacceptable to their known way of life. Using the report as a pretext to demonize the military, undermine the anti-terrorism war, erode the fight against corruption and generally present Nigeria as unserious would not change the preponderance of opinion in Nigeria that the law has come to stay. The US must also know that any political party that promises to reintroduce same sex marriage will continue to lose elections until it aligns with what the people want.