Banky W surprises his family and their reaction is priceless (Video)

Banky W paid a surprise visit to his family and their reaction to seeing him is just priceless.

The singer said his family believed he was going back to Lagos after visiting LA, not knowing he had made plans to surprise them.

The joy on the face of his parents, brother, and nephew when they saw him is something no amount of money can buy. 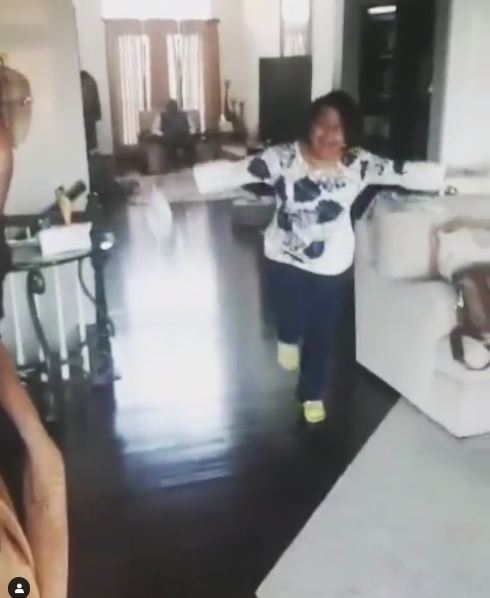 So my fam thought I was leaving LA to rush back to Lagos for work. They didn’t know I had gotten permission from my madam, and made a plan with my Sister @msddg, to change my flight arrangements and pay them a surprise visit.

Their reactions were priceless I didn’t even know Momma W could scream like that!!! By the way, @funmiwellington paid Susu and I a similar surprise visit in Lagos during election weekend, and we almost fainted when he walked in the door – so I had to get him back. Thank you to everyone who sent a message/tweeted/called.. I am soooo grateful. I did the best I could to reply, but I’ve been spending some much needed quality time with my family, and it is exactly what my soul needs right now.

It’s been years since I got to spend a birthday with them, and I don’t see them so often.. so Pls forgive me for not being able to keep up with all the messages, and thanks so much.