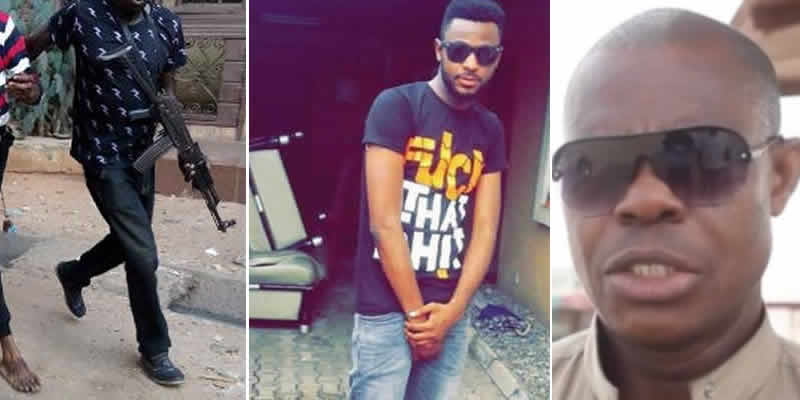 The father of football fan, Kolade Johnson, who was killed by trigger-happy SARS officers at a football viewing center in Lagos last Sunday March 31st, has broken his silence on the unfortunate incident.

In an interview with Punch, the bereaved father of the deceased, Alhaji Remi Lukman, narrated how an officer who declared he must kill someone when his team stormed the viewing center that day, eventually killed his son.

”My son was murdered here on Sunday March 31st at about 4.30pm by the Anti-cultism team of police officers. I don’t want anybody framing things up.

What I really needed was two things. One was immediate, the other procedurally. The immediate one is police report which will enable the mortuary to collect the corpse. The second one which is procedurally is justice over the death of my son. I want those repsonsible to be fished out and be brought to book.

All these boys being killed are all youths, they all have potentials. These are the tomorrow of Nigeria. If you just decided willfully after making a statement that you are going to kill somebody here today and you actually killed somebody. That was the statement that came out from the mouth of the officer that fired the shot. Thereafter he shot in the air and two stray bullets directed at the crowd, then we need a more organized police force.

Many celebrities including Banky W, Waje, Adesua Etomi-Wellington and others have condemned the killing of Kolade. The presidency last night reacted to the killing, pledging to ensure justice is done.

Lukaku: England players should have walked off in Montenegro