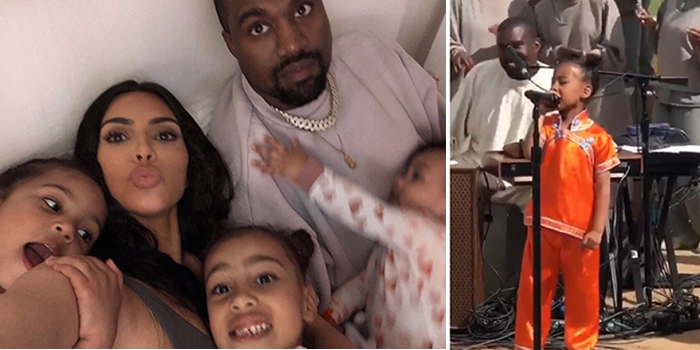 North West steals the show as she performs at her dad, Kanye’s Sunday service (video)

Kim Kardashian and Kanye West seem to be grooming their first child North West to become an entertainer like her dad.

The 5-year-old was the centre of attention yesterday at her father’s popular spiritual and musical Sunday Services.

She was filmed dancing and singing passionately with her father and other performers and social media users can’t stop gushing about it. She joined her father and the gospel choir and musicians onstage as they performed a rendition of Stevie Wonder’s hit 1977 song “As”.

This isn’t the first time the proud mother is sharing videos of North having a blast and getting involved at Kanye West’s Sunday Service. Back in February, she posted a number of such videos.

Below are the recent videos and also some of the old videos of North singing at Kanye’s Sunday Service.