Photos of Ondo bank robbery; Police Inspector, many others including bankers reportedly killed

It was gathered that the robbers stormed the area around 2pm shooting sporadically as they blew open the bank’s security door with dynamite.

During the operations that lasted for about 1 hour, some victims including bankers, a police Inspector and about 2 ATM customers were allegedly shot dead.

According to eyewitnesses, some of the gunmen escaped with an unspecified amount of money before the arrival of men of the Nigerian Army.

Luck however ran out on one of them as he was caught by the vigilant soldiers. See more photos below. 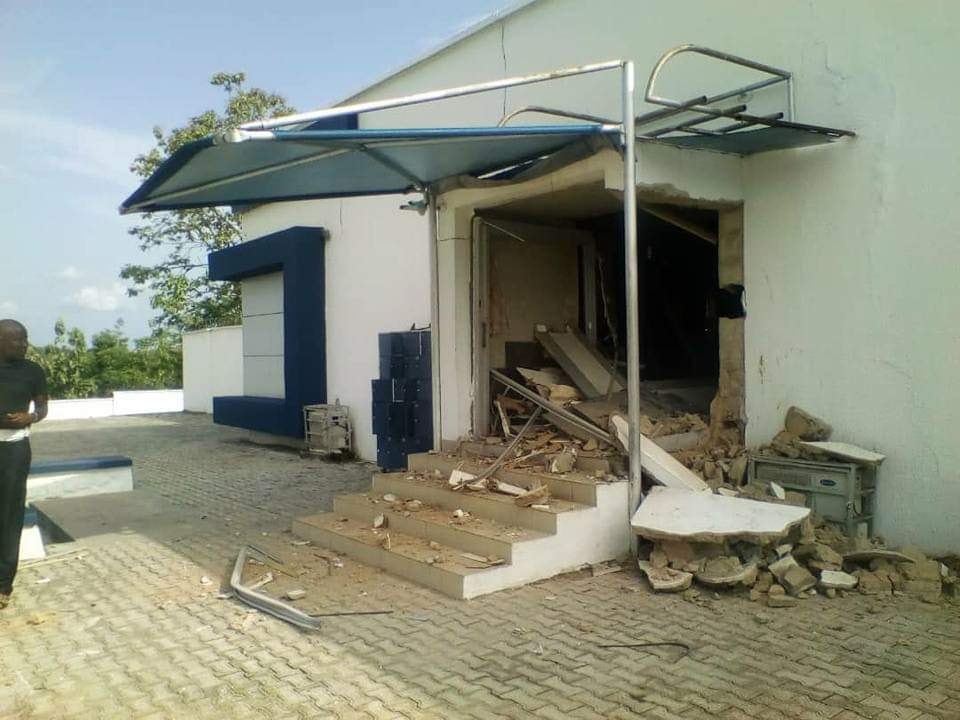