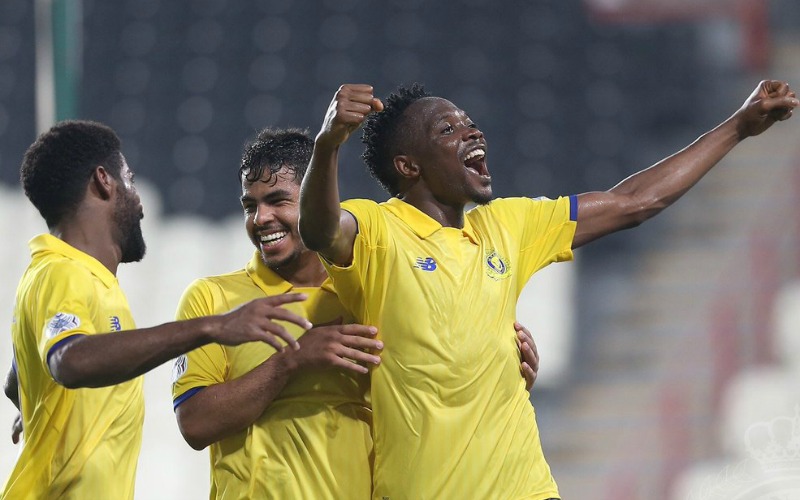 The Super Eagles forward found the back of the net for the first time in the Saudi top-flight since November 2018 Ahmed Musa ended his 13-game goal drought in the Saudi Professional League with his brace in Al Nassr’s 5-0 thrashing of Al Fateh.

After enduring a frustrating spell in front of goal since his last strike against Al Shabab in November 2018, Musa is finally relieved to help Rui Vitoria’s men bag their 20th league win of the season with his efforts.

The Nigeria international doubled the lead in the 38th minute after Morocco’s Abderrazak Hamdallah opened the scoring at Prince Faisal bin Fahd Stadium.

After providing an assist for Hamdallah’s brace, the ex-Leicester City forward then wrapped up the emphatic win with his second goal in the 78th minute.

These goals took Musa’s tally to seven in 22 league outings while Morocco’s Hamdallah maintains his dominance as the leading scorer in the Saudi Professional League with 29 goals in 24 matches.

The victory moved Al Nassr to the summit of the Saudi top-flight with 64 points from 28 matches.

They will continue their AFC Champions League campaign with a fixture against Iraqi top-flight side Al Zawra’a on Tuesday before their King’s Cup clash against Al Ittihad on Saturday.

Musa’s Nigeria has been drawn in Group B of the 2019 Africa Cup of Nations with Guinea, Madagascar and Burundi.

The Super Eagles will begin their campaign in Egypt with a fixture against Burundi on June 22 before taking on Guinea and Madagascar on June 26 and 30 respectively.