Two Nigerians have been arrested by Phillipine Police with about N125 million worth of methamphetamine.

The operation against the other Nigerian, Onwigbolu happened at Barangay Triangulo, Naga City through a buy-bust operation, wherein a Philippine National Police (PNP) personnel acted as a poseur buyer and bought 200 grams of “shabu” amounting to P400,000.

Following the arrest of the Nigerian, police operatives recovered P16 million worth of the drugs, Calubaquib said, Bicol Standard reports. 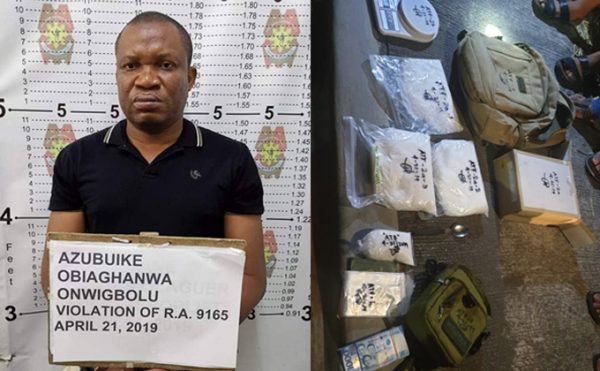 Before Sunday’s arrest, similar buy bust operations were held on Saturday that resulted in the arrests of Mbaneto Sopuluchukwu alias “Hermann Kurt Philip,” 22, also identified as a Nigerian from Acacia Estage in Manila; and Judith Balaquiao-Camacho, 46, from Bombon, Camarines Sur. 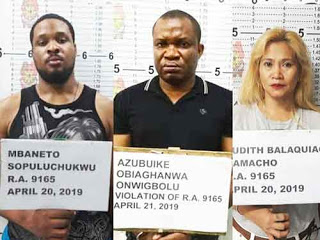 A poseur buyer and an informant from the Philippine National Police (PNP) in Bicol and the Philippine Drug Enforcement Agency in Camarines Sur bought 100 grams of “shabu” using fake money.