Nollywood actress, Regina Daniels has reacted to the viral video of her brother, Lawrence who was allegedly assaulted by police officers in Delta State yesterday.

Reginal Daniel’s brother identified as Lawrence was involved in a rough fracas with a policeman after he was stopped on Tuesday, April 30, along the Okpanam road, Asaba Delta state.

In a video that is making rounds online community, the young man was seen engaged in a drag and pull with the officer who strongly latched onto his cloth. He made several attempts to free himself from the officer’s grip but was unable to.

Reacting to the news that her brother was the one assaulting the officer, Regina Daniels defended her sibling and expressed that if anyone watched the video closely, they will realize that the officers were the ones assaulting her brother.

She said: “You people should not make me angry. Can’t you see they were the ones assaulting him ? Or are you blind ?? And yet some people are here saying trash!”

Reacting to his fight with police, Regina’s brother noted that police brutality is real and people should not wait to experience it before they speak up. 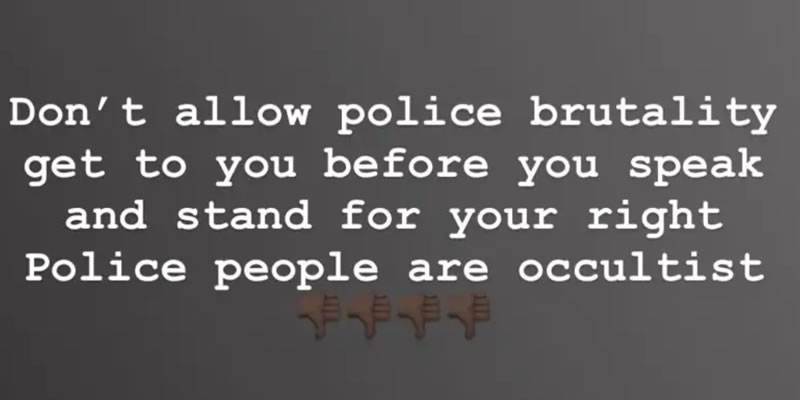