Exclusive facts and reports about singer’s early life, scandals, personal life and all you need to know

Multi-talented singer/songwriter, guitarist and composer, Korede Bello hails from Lagos State Nigeria, he started music at the age of seven and is currently signed to Mavin Records.

Korede Bello, real name Oluwakorede Bello was born on February 29, 1996 in Lagos State, Nigeria. He is from a family of three children. He has an older brother, Timilehin, a Lagos-based PR executive, often called BigTimi and younger sister, Jasmine.

Korede Bello grew up listening to the music his mother and father listened to because they are lovers of music as well. His father loves indigenous music while the mother of the star gives her preference to foreign music.

The handsome musician began and completed his primary and secondary school education in Lagos State, Nigeria. He graduated with a distinction in Mass Communication at the Nigerian Institute of Journalism in April, 2018 and holds a Higher National Diploma certificate. Korede Bello is an Associate Member of the Institute of Information Management.

He started his music career at the young age of 7, performing by the stage name, ‘African Prince’. He formed a music group with one of his friends while in primary school and wrote his first song at that time. It is said that he used to dance, take part in singing contests and represent his school in music-related competitions.

Coming from a music loving background, his father bought him his first guitar and paid for his first studio session. He had this to say about his parents, “I came from them and they love music and they love supporting their son. The only issue they had, especially my mother, was my staying out late. She did not want me to stay out late because as of then, I was just writing my West African Senior Secondary School Certificate Examination. I had to be in the studio mostly at night and my mother did not really like that. Aside from that, everything was fine”.

He recorded and released his first single, ‘Forever’ while still in secondary school. He was introduced to Don Jazzy by his manager, Chris Uwaegbute after the release of his first single which gathered positive interests.

Don Jazzy was impressed with his talent and on 28 February, 2014, he was signed under  Mavin Records label alongside Di’ja, Reekado Banks and has since produced many songs such as ‘Godwin’, ‘African Princess’ featuring Don Jazzy, ‘Adaobi’, ‘Mungo park’ and many others. He was also featured on the Mavins All Stars song titled, ‘Dorobucci’.

He has mentioned Asa and 2face Idibia as people he draws his inspiration from.

Mavin Records singer, Korede Bello, was put on full blast for not shaving his armpit before performing at the Tigo Ghana Meets Naija Concert in 2015.

The star while performing, raised his both hands up for a moment and all hell was let loose, literally, on Instagram as his unshaven armpit came into full glare from under his sleeveless shirt.

In 2016, singer Davido accused Korede Bello of stealing his hit track, ‘Godwin’ from him when he was at his studio with the resto of Mavin Records crew, including Don Jazzy. He said “I have kept quiet about it all along, mostly because I’ve been trying to focus on other things and I’m like……..let the boy shine…….but people have been making certain comments in the media……and I’ve had it up to here. That song is mine. It’s my intellectual property, and he stole it from me. The World needs to know”.

He continued; “I made a huge mistake allowing him into my studio! Huge mistake! He had come together with the rest of the MAVIN Crew and The Don himself, they wanted to discuss a collaboration between me and Reekado! I was even considering doing a song with him too! This is how he pays me?! Mahn! I had written God Win 2 nights before, though the lyrics were a bit different…he Changed them! The original version was: ‘I don get her number, God Win. She come into my bed na God Win……I spray her my dough na G…’

“Why was I singing about girls and money at the same time I was singing about God? Let’s not talk about. The bottom-line is, he found the lyrics lying in the studio in the small book I wrote it in. I know he was the last person who looked at that book! After they left I started looking for it…………..I went to check the exact place I kept it……….it was smelling like Relaxer and Jerry Curl Cream and Pink Oil……….Reekado has dada………….Di’ja was wearing wig……….Don Baba barbed skin cut……….D’Prince was was smelling like Olay cream but what I perceived was Vaseline………Dr Sid didn’t come with them……..so I knew it was Korede. I just decided to fashi! Next thing I know some weeks later, I HEAR THE SONG ON THE RADIO! AND IT SOUNDED BETTER THAN I EXPECTED! I WAS ANGRYYYYY!”

When Korede Bello was contacted to comment on Davido’s allegation, he said; “Egbon Davido, if you want the song back………………………please don’t want it back! This is my biggest song!”

Later that year, the ‘Mungo Park’ singer changed his look, but his fans were not pleased with him, they criticized him, a fan went on to say the singer went from ‘Godwin’ to ‘Godforbid, all because of his hairstyle. 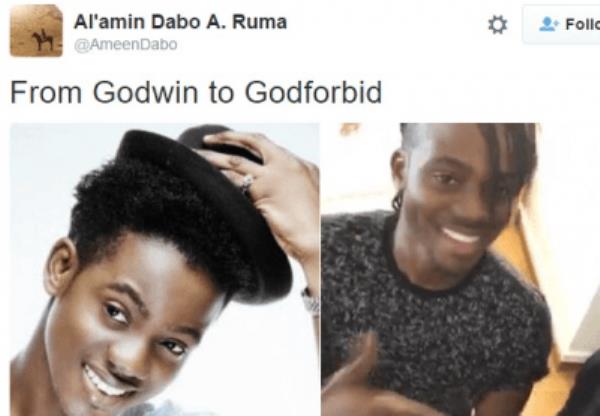 It was also reported that Korede Bello’s lecturers at school threatened not to allow him write exams in 2016 because he did not met up with 70% of his class attendance for the semester. Regardless, the award winning singer graduated from the institution, Nigerian Institute of Journalism.

Prior the release of his 2019 single, ‘Mr Vendor’, the singer was rumoured to have left Don Jazzy-led Mavin Records, taking a step similar to that of his former label mate, Reekado Banks. Addressing the thought, the singer said he didn’t need to have a record company like Reekado for him to be his own boss.

The Godwin singer insisted that he was still signed to Mavin Records and had no intention to leave soon in an interview with Sunday Scoop. “If you listen to my new song, Mr Vendor, you will know that I’m still with Mavin,” he stated.

Who Korede Bello dating is yet to be confirmed, but, it’s been reported that his girlfriend’s name is Azaria. Marriage wise, he is yet to tie the knot.