A Nigerian man named Victor Amayo recently shared the amazing love story of himself and wife-to-be Precious. The individual who says he is a lot in love with his fiancee also made public their prewedding photos. The awesome words he said about his bae can melt anybody’s heart.

According to Victor, his relationship with Precious started on Facebook. He met her through one of their mutual friends on the social media platform. The particular pal hooked them up and they got talking.

Victor said he was not so sure the relationship would work until Precious was posted to Nassarawa to serve as a NYSC member. It was when she came to his base that they really hooked and became close.

Their relationship grew stronger until, one day, Victor decided it was time to make the call. He proposed to her and she said yes.

In narrating his love story, Victor said: “It all started on Facebook. I knew my love Precious through one of her friend on Facebook, who link me up with her. I never knew the relationship will work until she came to serve her NYSC in Akwanga Nasawara state where we both met and became friends..and since then we became too close and finally i proposed to her.”

Apart from sharing their nice love story, Victor also spoke at length about the good qualities he found in his woman. He said: “I love Precious my love for a lot’s of things. She is very hardworking,so intelligent, she is a good cook, presentation in all angles,understanding is her first name. She is the best that i have ever come across in life.”

Even more, he was generous enough to share their prewedding photos which were nothing short of beautiful. 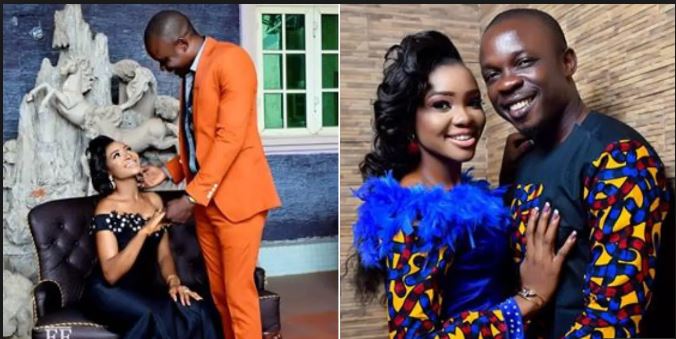