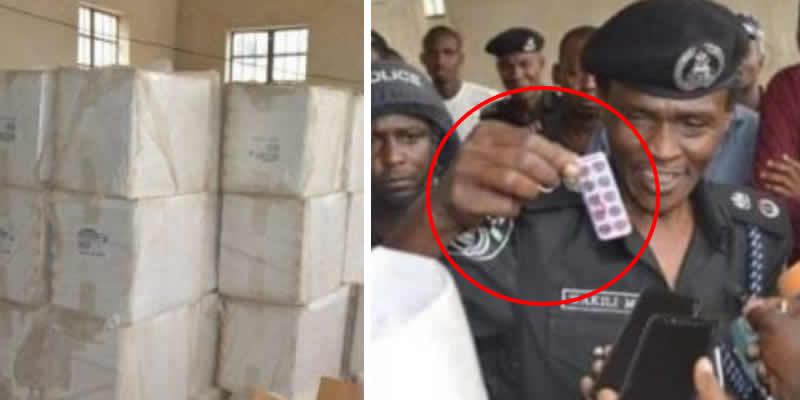 303 cartons of of smuggled Tramadol intercepted in Kano State

Wakili Muhammad, the state Police Commissioner told reporters on Friday in Kano, that the illicit drugs (303 cartons of  Tramadol Tablets) were intercepted at No. 157 Miller Road Bompai Nassarawa LGA Kano, at Ugo Lab Manufacturing company based on tip-off.

“We have also arrested one suspect Chris Metuh of the same address,” said Wakili.

He noted that four other suspects namely Aliyu Khalid ,Ibrahim Alasan Mohammad Ahmad and Chukwujekwu Felix were arrested with rubber of suck and die, two cutlasses, a breaking implement and large quantities of illicit drugs.

According to him, the suspects would be prosecuted whenever investigations are completed. He assured the command’s effort to rid the state in all forms of crimes especially dealing in hard drugs (Kwaya) and intoxicating substances.