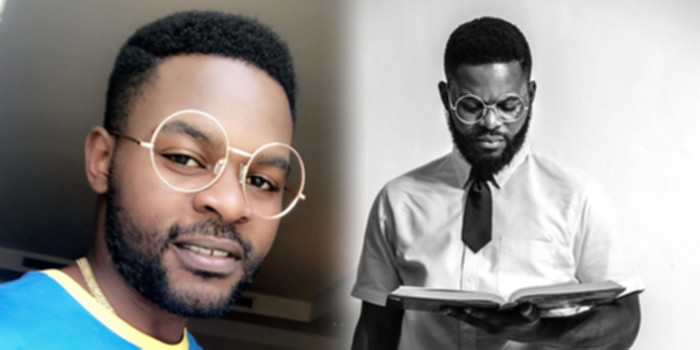 Falz Says He Believes In Spirituality Over Religion

Recently, mother of Falz, Funmi Falana during ‘Moral Instruction’ album listening session, expressed her worry about her son’s habit of not going to church

Nigerian rapper Falz, real name Folarin Falana, says he believes in the existence of God, but he places importance on spirituality than religion.

The rapper who doubles as an actor reiterated this during a chat with Silverbird Televisions, while he was discussing about him being an atheist and his style of music that has often met mixed reaction, especially with the release of his ‘Moral Instruction’ album.

Falz also noted that his case with NBC for banning his song, ‘This Is Nigeria’ was still in court. He said, “If you’re making this kind of music, you have to always be ready for the worst. Of course, ‘This is Nigeria’ was banned. We’re still in court. But I have my fundamental rights so you can’t really stop that regardless of what body you are.”

Falz addressing his religious belief, said; “I’m not an atheist. I believe there is a God. But I believe in spirituality over religion.”

Recently, mother of Falz, Funmi Falana during ‘Moral Instruction’ album listening session, expressed her worry about her son’s habit of not going to church. “Folarin, you don’t go to church and I am bothered,” she said, hope he’d start going to church this year.

Responding, Falz noted that he does not need to be in church to worship God. “I have nothing against the church or going to church; everyone has the right to practise the religion they desire but personally, as a Christian, it has been a while that I have been to church.

“It does not make me less of a Christian.

“The most important thing is spirituality and your personal connection with God,” he said.

According to the musician, any time he had been in church, too much attention was put on him than the activities of the church.