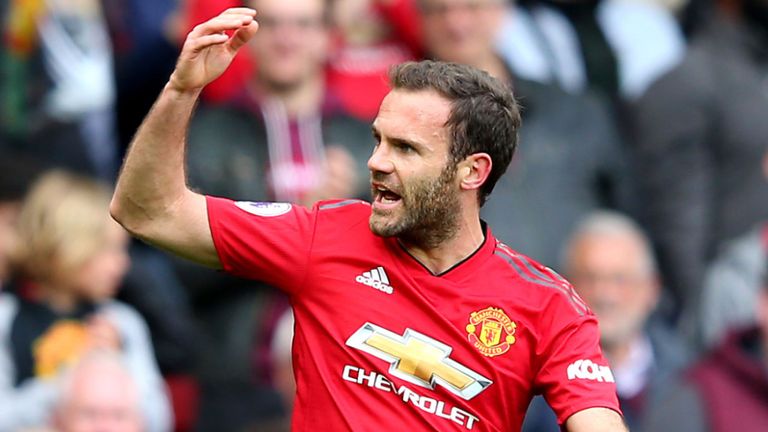 News report has it that Juan Mata has been offered a new deal to stay at Manchester United.

Manchester United have offered Juan Mata a new contract but Ander Herrera and Antonio Valencia have been released by the club.

The 31-year-old, who has been at Old Trafford for five years since signing from Chelsea in January 2014, scored six goals in 32 appearances last season across all competitions.

Mata is out of contract in the summer and Sky Sports News understands he has already held talks with Barcelona over a proposed move to the Nou Camp.

However,Valencia will leave, Antonio Valencia spent 10 years at Old Trafford after joining from Wigan in 2009.

Antonio Valencia spent 10 years at Old Trafford after joining from Wigan in 2009.

Club captain Valencia was not given a new contract after making just nine appearances last season.

A number of players loaned out last season, including Regan Poole and James Wilson, are also being released