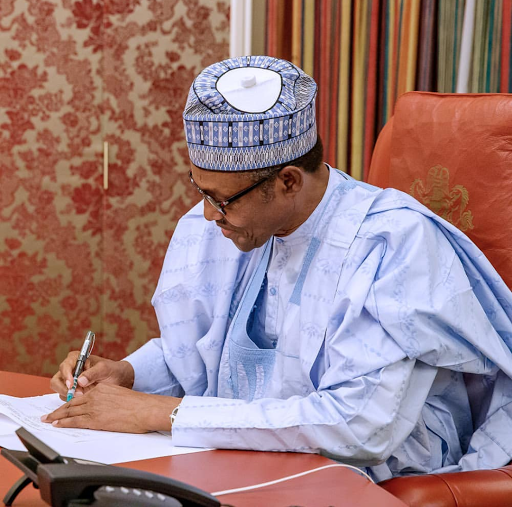 President Muhammmadu Buhari has signed two bills into law, including the National Institute for Security Bill and the Federal Polytechnic amendments Bill.

The new amendment, he said, seek to harmonize the tenure of the Rectors of the Federal Polytechnics, retirement age of the staff of the Polytechnics, as well as the establishment of the Governing Council for the Polytechnics and membership of the Council.

According to the new law, he said that membership of the Councils will be a five-man Council and will be Chaired by a Chairman.

He said that the law also provides that such membership must be a reflection of the Federal Character.

Each Polytechnics Council under the new law, he said, must have a female member as well as a person representing the area where the Polytechnics is located.

The new law, he said, also provided that each Rector is expected to serve a single term of five years.

“This means that where anyone is currently appointed to serve for four years, it shall be extended to five years.” he added

The Bill also established standards for agency relationships, with the views to harmonizing their relationships for efficient and harmonious relationships amongst the inter-agencies locally and globally.

“It will also serve as a critical research institute for policy initiators and implementors with the view to ensuring that we have competent people managing the nation’s security and for global peace and stability” he said.

Atiku Advises FG On How To Tackle Coronavirus